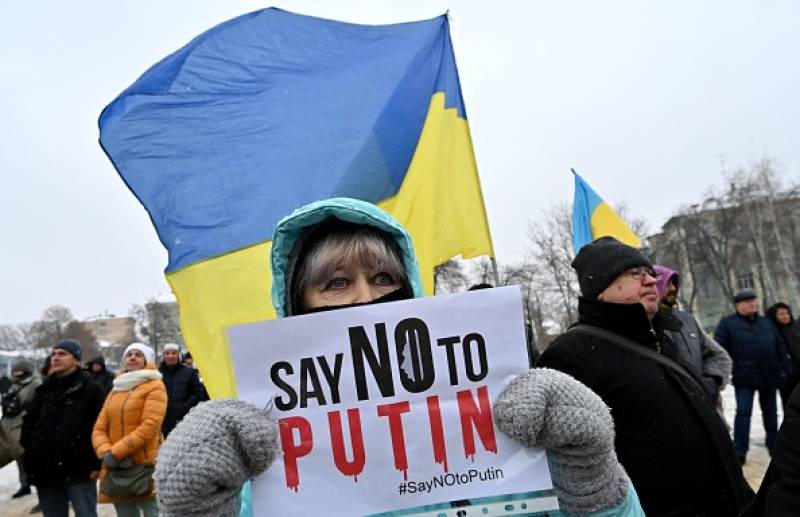 The Kazakh president on Monday described protests as an “attempted coup d’etat” while Russia claimed victory in defending its Central Asian neighbour.

The Kazakh president's statement came after more than 160 people died in the most violent unrest since Kazakhstan’s independence more than 30 years ago.

Speaking to an online meeting of the Russian-led Collective Security Treaty Organization (CSTO), Kassym-Jomart Tokayev said that order had been restored in the vast Central Asian nation.

Scores of citizens and more than a dozen security forces personnel were killed last week as dissent that began over fuel prices swelled and nearly 8,000 people were arrested.

“Under the guise of spontaneous protests, a wave of unrest broke out … It became clear that the main goal was to undermine the constitutional order and to seize power. We are talking about an attempted coup d’etat,” Tokayev told the CSTO, which sent troops to Kazakhstan as the crisis unfolded, at his request.

The Kazakh president, who has blamed the unrest on foreign-trained “bandits and terrorists”, said that a large-scale “counterterrorism” operation would soon end, along with the CSTO’s deployment, which he claimed numbered 2,030 troops and 250 pieces of military hardware.

He defended his decision to invite Russian troops into the country and said that doubts over the legitimacy of that mission stemmed from a lack of information.

Speaking alongside Tokayev, Russian President Vladimir Putin said the military alliance of ex-Soviet states had prevented “terrorists, criminals, looters and other criminal elements” from undermining the basis of power in Kazakhstan and said its troops would be withdrawn once its mission was complete.

“Of course, we understand the events in Kazakhstan are not the first and far from the last attempt to interfere in the internal affairs of our states from the outside,” he said. “The measures taken by the CSTO have clearly shown we will not allow the situation to be rocked at home.”

He said the CTSO would not allow “colour revolutions” to take place, a reference to several popular revolutions in ex-Soviet countries over the last two decades, including Ukraine and Georgia.