Poorly-trained cadets attack each other at Indian Military Academy 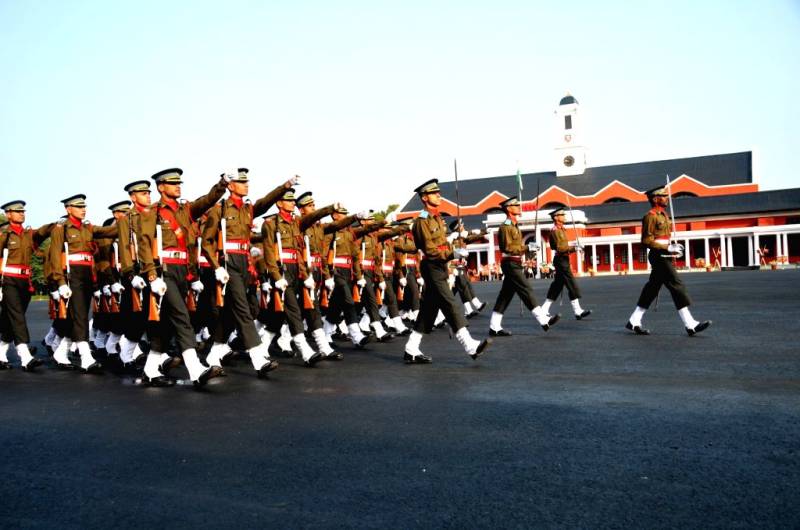 Poor training standards at the Indian Military Academy (IMA) in Dehradun appear to be the cause for frequent disciplinary violations by the cadets.

The latest developments show that the Indian army has issued show-cause notices to several officers involved in training of Gentlemen Cadets (GCs) at IMA and asked why they should not be awarded administrative punishment.

A battalion commander of the rank of a colonel is also among those who have been issued the show-cause notices. The Indian army has also taken disciplinary action against six GCs from Tajikistan and four Indian GCs after a spat between the two groups.

According to the official documents being cited by the Indian media, three incidents took place at IMA on February 24, March 2 and March 3 this year. The army held a Court of Inquiry into the incidents and the conduct of the officers of the Cariappa Battalion and Hajipir Company was “found wanting”.

Consequently, the General Officer Commanding-in-Chief of the Central Command, Lt-Gen Yogendra Dimri, issued show-cause notices to the officers for award of ‘Censure’, which is an administrative punishment recorded in the official records of officers.

The Cariappa battalion commander, an officer of the rank of a colonel, has been blamed for several inadequacies and omissions such as displaying a “lack of sensitivity and comprehension regarding the ramifications and long term effects” of these three incidents. According to sources, the officer has denied the charges against him in the Court of Inquiry and said he is being “unfairly blamed for the unruly conduct of the Tajik cadets”.

The battalion commander has been blamed for “inadequate understanding of the traditions, customs, traits, psyche and emotional make up of Tajikistan GCs” and wrongly reporting to the Court of Inquiry that iron rods, wooden planks, sticks and stones were used by the Tajiks on March 3 to attack their Indian counterparts.

The ambassador of Tajikistan and defence attaché were summoned to the IMA after these three incidents and a Court of Inquiry was ordered by Army’s Central Command headquarters on March 10.

According to sources at IMA, 21 foreign GCs from various battalions attacked Indian cadets on March 3 after simmering tension and altercation of earlier days in which a Tajik GC was assaulted and had to be taken to the Section Hospital for treatment. The foreign GCs are alleged to have attacked the Indian GCs even after they were addressed by the commandant of IMA on March 2.