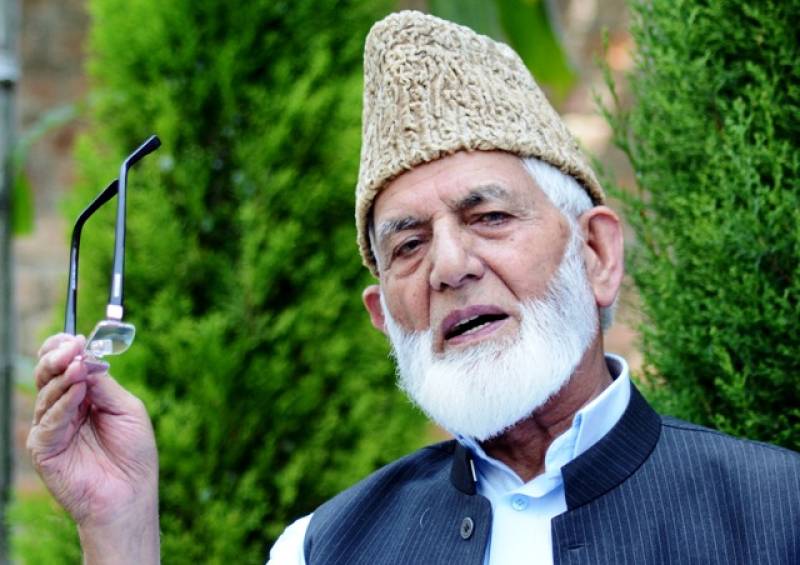 “Geelani was handed the invitation letter from Sharif by Pakistan High Commissioner in India Abdul Basit over a dinner at the latter’s residence at Tilak Marg in Delhi last night,” Geelani-led Hurriyet’s spokesperson said.

Nawaz deemed Kashmir issue as an unfinished agenda of Pakistan’s creation, and made it clear that friendly ties between Pakistan and India could not be restored without resolving the issue, the spokesperson added.

In the letter, "Nawaz said Kashmir is not a border dispute but concerns ‘right to self-determination’ of 20 million people. He also said Pakistan had made it clear to India there could be no progress on bilateral ties while ignoring the Kashmir issue.”

“We want good relations with all our neighbours, including India but New Delhi’s unrealistic approach has been a big impediment,” the spokesperson quoted the prime minister as having stated in the letter.

The party said Geelani had in principle accepted the invitation to visit Pakistan but did not mention any specific date for his arrival.