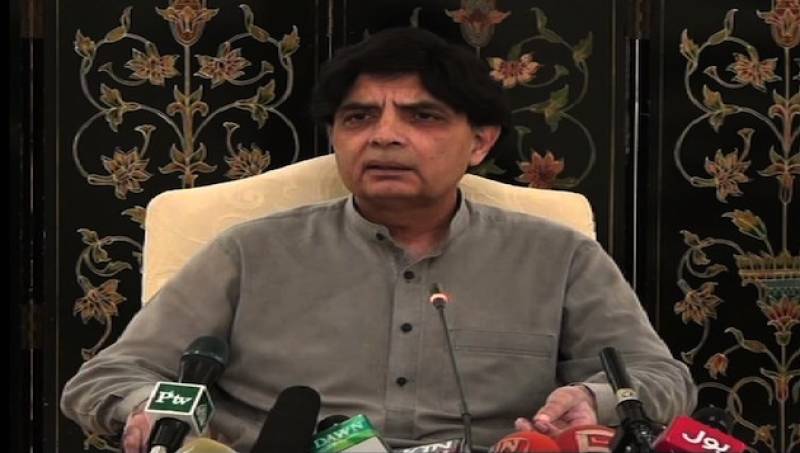 ISLAMABAD (Web Desk) - Interior Minister Chaudhry Nisar Ali Khan has said peace has been restored in Balochistan through sacrifices of the Frontier Corps.

Addressing the passing-out parade of FC recruits in Loralai on Saturday, he said during the next two months another batch of four thousand more recruits would be inducted to reinforce the FC as well as Pak army.

The Interior Minister went on to say that those who are bent upon creating anarchy in country are nether friends of Balochistan nor friends of Pakistan and Islam.

He urged the FC Jawans to trace remnants of terrorists hidden in some parts of the province.

The Interior Minister said peace in Balochistan is in the interest of the poor people of the province.

Later, talking to media in Quetta, he said China-Pakistan Economic Corridor project would change the destiny of people of Pakistan specially the people of Balochistan.

He said Balochistan would become part of International communication and also emerge as a business hub after completion of this Project.

The Interior Minister said government policy is to bring missing persons before the court. He directed FC personnel to adopt friendly behavior with common people in the province.

He also appreciated the work of Frontier Corps in the social sector of Balochistan.