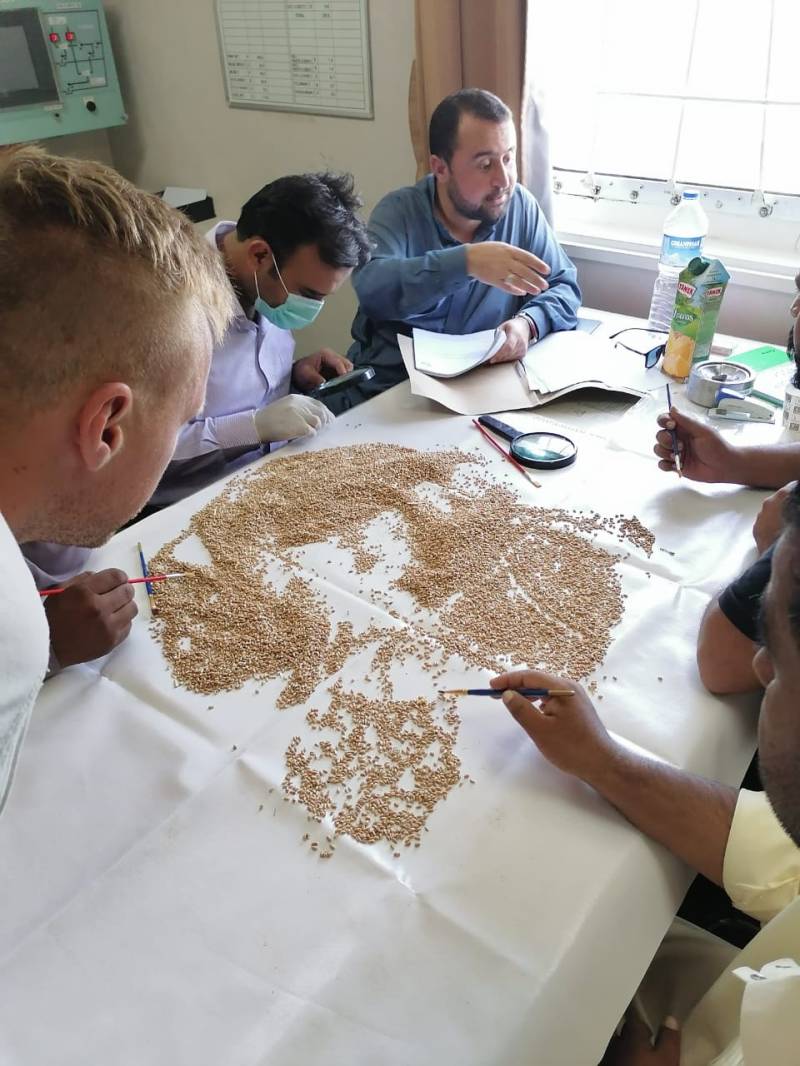 KARACHI - Subsequent to stringent efforts of the Ministry of National Food Security, a third vessel namely MV Coventry carrying 69,000 metric tons of wheat from Ukraine has reached Karachi port. A total of 195,000 metric tons of wheat has been imported through three vessels since the last week of August 2020 by encouraging private by the Federal Food Ministry.

The experts of the Federal Department of Plant Protection (DPP) undertook the mandatory quarantine inspection of the vessel to check biosecurity risks on Wednesday evening. The discharge was instantly granted to the vessel after a satisfactory phytosanitary examination.

The Ministry of National Food Security is in close liaison with concerned provincial authorities to ensure the unhindered movement of wheat cargoes from Karachi to other parts of the country.

A significant impact of recent wheat import has been observed on wheat flour prices in the country. It is expected that this impact will be more apparent in the next few days when the imported-wheat reaches flour mills in various parts of the country. It is known through informal sources that the hoarded wheat in the country has also come to the surface as a result of recent wheat import besides the government’s anti-hoarding operations.

Syed Fakhar Imam, the Federal Minister for National Food Security has reassured the government’s commitment to providing essential food commodities at affordable prices. Likewise, Mr. Omar Hamid Khan, the Federal Secretary for Food Security has been personally supervising the wheat import process that included proactive liaison with concerned authorities in wheat-exporting countries, timely port inspection on the arrival of the vessel, and unobstructed carriage of wheat from Karachi port. These efforts have greatly contributed to the justified landing cost of wheat on Karachi port.

More wheat import vessels are scheduled to arrive at Karachi port with the gap of 4-5 days each, which will curb the higher wheat prices and may give great relief to common masses.