Junaid Jamshed is being criticized for holding Hadiqa Kiyani’s hand 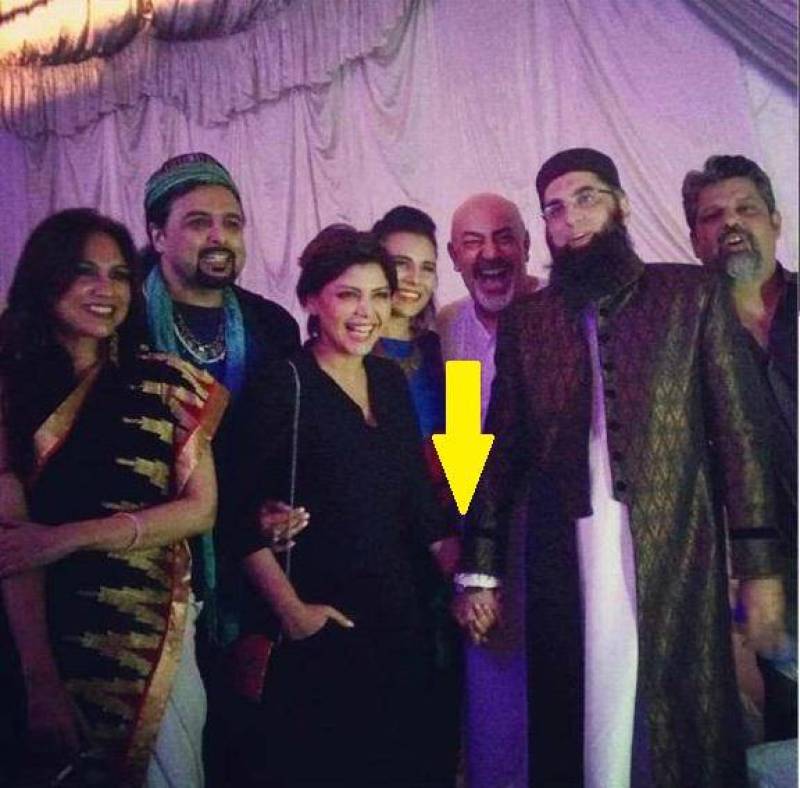 Waiting for another apology video from junaid jamshed.

Come on bruh! It was a halal touch by Junaid Jamshed۔

#junaid jamshed. really beginning to have second thoughts about him, seems to be in a clash of his own personality.,in fact feel sorry 4 him

Junaid Jamshed hates women but he loves them when he gets to hold their hands and party with them.

Dear Junaid Jamshed, are you holding Hadiqas hand to stop her from driving the car? Of course, that is truly halal. pic.twitter.com/YyB1LwjFws

Junaid Jamshed's act of holding hands is no doubt wrng. But v cant criticize his Sunnah appearnce. Every act is separately countd near Allah