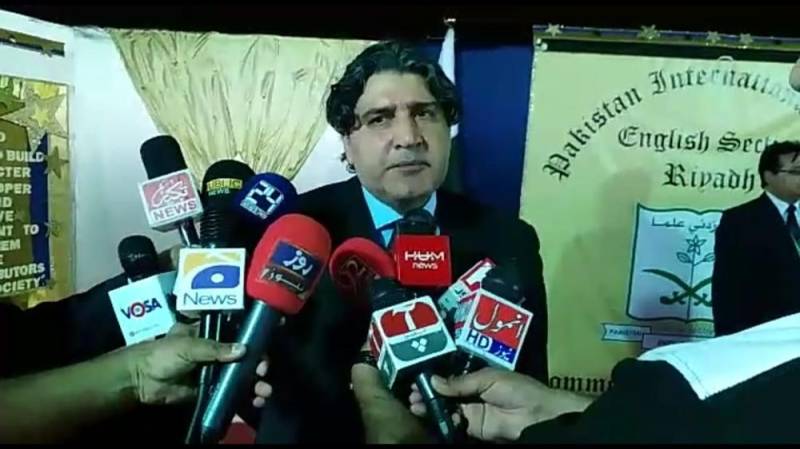 JEDDAH – Pakistan’s Ambassador in Saudi Arabia Raja Ali Ejaz on Sunday extended his best wishes to Muslims across the world on the holy occasion of Eidul Azha.

“May Allah accept the prayers and hardships of all Hujjaj and bless them with His boundless bounties.

“But at this happy occasion, we shall not forget our Kashmiri brethren who will spend this Eid, detained in their homes, under a curfew. As Pakistanis, it is our solemn pledge to our Kashmiri mothers and sisters that we will not relent until their ordeal is over and they get their right of self determination.

“In the end, I would request your prayers for solidarity, strength and prosperity of our beloved country.”

Ejaz assumed his duties in the KSA earlier this year.

Prior to this appointment he served as the consul general of Pakistan in New York. He also served in the Ministry of Foreign Affairs, Islamabad as director general (United Nations) from January 2013 to January 2014.