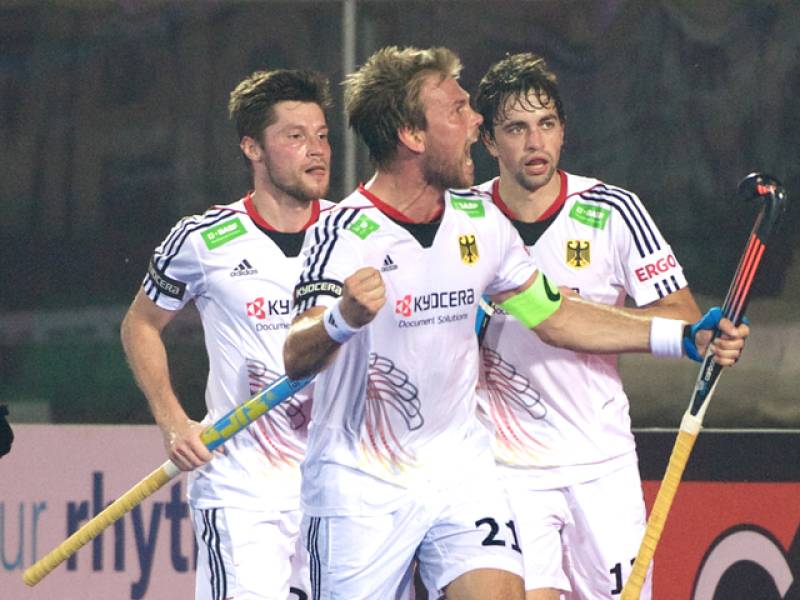 Objections rising over controversial format in Champions Trophy in which teams with below-average performance reached the semis while world’s top teams were thrown out of the tournament.

The top four teams in the league — England, the Netherlands, Argentina and Belgium — were all knocked out in Thursday’s round of eight, while the bottom four sailed through to the semi-finals.

Critiques say that instead of rewarding performances in the preliminary league, all eight teams were assured of reaching the quarter-finals — a round which turned the tournament on its head, and left some teams quietly fuming, AFP reported.

Hosts India, ranked ninth in the world, fought back from a 0-2 deficit to beat number four Belgium 4-2. Eleventh-ranked Pakistan stunned the Dutch by a similar margin after losing all their three league matches.

The Germans knocked out England 2-0 and Australia ousted Argentina 4-2.

Dutch coach Max Caldas had been wary of the format from the start. “If you lose all three league games, you could still win the tournament and I think that’s bad,” he had said earlier in the week.

In contrast, the surviving teams could not hide their glee.

“Although I am not in favour of this (format), today I don’t mind it,” Australian coach Graham Reid said on Thursday.

German captain Moritz Furste added: “In this situation it is good for us. It has given us a lease of life. We can go on to win the tournament from here.”

Pakistan coach Shahnaz Shaikh tempered his joy with a suggestion. “To make this format fair to everyone, a handicap of one goal should be given to the table-toppers,” he said.

Millions of fans across India and Pakistan will tune in to what should be a rousing semi-final, a repeat of the Asian Games gold medal clash in South Korea in October which India won in a penalty shoot-out.

Once the masters of the sport, neither team has advanced to the final of a major world competition since 1998, when Pakistan lost the Champions Trophy final to the Dutch in Lahore.

“I am so happy that both teams are in the semi-final,” Shaikh said. “For fans it is a dream. For me, it is a good sign that Asian teams have started to do well again.”

India have not won a major title since bagging the last of their eight Olympic gold medals at the Western-boycotted Moscow Games in 1980.

Dutchman Roelant Oltmans, India’s high performance director who is acting as coach after Australian Terry Walsh was controversially axed last month, preferred to look ahead to the 2016 Olympics.

“We need to play tough matches to prepare for the Olympics,” said Oltmans, who had earlier coached Pakistan. “And this tournament is as tough as it gets.”

The other semi-final promises to be a classic between two young sides.

Australia wear a new look in the absence of veterans Liam de Young and Rob Hammond, who retired after the World Cup in June, and five-time world player of the year Jamie Dwyer and Mark Knowles, who are both injured.

Germany, with seven junior World Cup winners from 2013 in their squad, are banking on Furste, the world player of the year in 2012, to deliver.