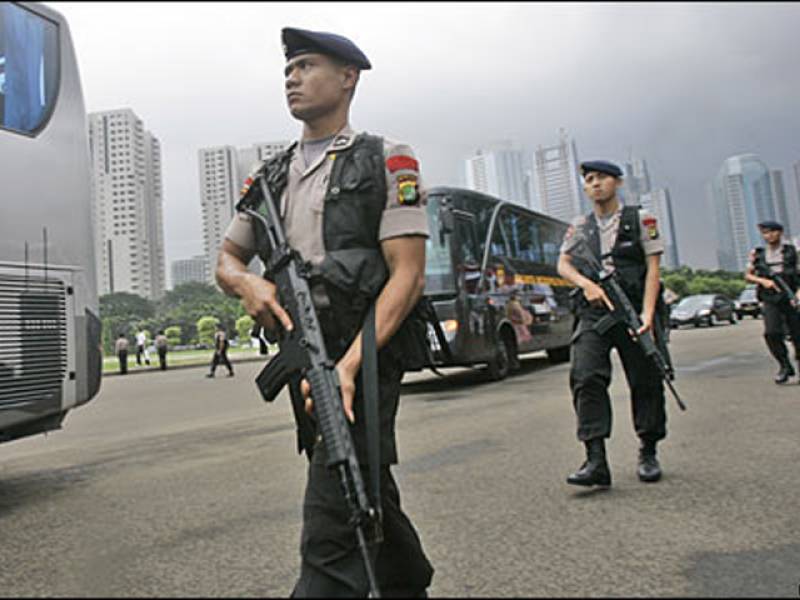 The chief editor of a leading English-language newspaper in Muslim-majority Indonesia was booked for alleged blasphemy after the publication of a  controversial cartoon about the Islamic State group.

The Jakarta Post's Meidyatama Suryodiningrat was the latest person booked under the tough blasphemy law in Indonesia who could be jailed for up to five years if found guilty, AFP reported on Friday.

It was further reported that the cartoon, published in the paper on July 3, showed a man raising an IS flag with religious text over a picture of a skull and crossbones, with armed fighters in the background. The publishing actually had sparked wide-scale reaction among majority Muslim Community of Indonesia.

Following an outcry from Islamic groups, the Jakarta Post issued a front-page apology and retracted the cartoon five days later, insisting it was meant to “critique the use of religious symbols” and as a “reproach” to IS, a brutal Islamist group which holds vast swathes of territory across Syria and Iraq.

A group called the Jakarta Muslim Preachers Corps filed a complaint to the police and on Friday, Jakarta police spokesman Rikwanto, who goes by one name, said that Suryodiningrat had been officially named a suspect the previous day.

“The status of MS has been upgraded to suspect,” said the spokesman, using the editor's initials, the usual practice in criminal cases in Indonesia.