How important is education for her? 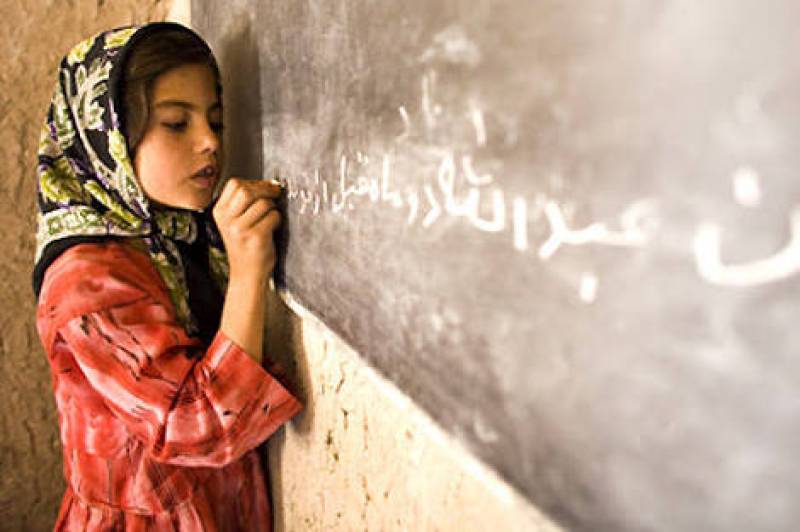 “ I want women to overcome obstacles by tackling them with the weapon of education, instead of tiptoeing around them” 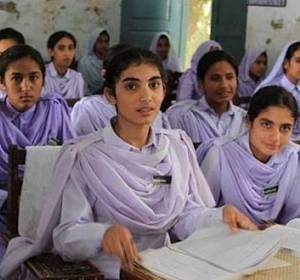 Education is the best gift one could get, but unfortunately, even in 2017, there is a large number of women who are kept away from education in Pakistan. The number is not reducing, not even with all this technology and social change in Pakistan. Education is our utmost need in order to grow and develop as a nation but the literacy rate of Pakistan is very low, the social and cultural obstacles make it even harder for women to defeat the grip and hold of patriarchal system.

There are 260,903 institutions in Pakistan which facilitate 41,018,384 students with the help of 1,535,461 teachers, 31% educational system is run by private institutes and 69% are public institutes.Women in Pakistan are expected to be the bread maker and this stereotypical image needs to be demolished, as we have stepped into a different era of technology and progress on the basis of equality. Women are 51% of the population in Pakistan, and yet they are left in homes to take care of their children. Lack of education is not only tightening the chains of patriarchy, but it is also the root cause of many other different problems which needs to be addressed in order to bring a change in the society such as unemployment, child labor, etc. 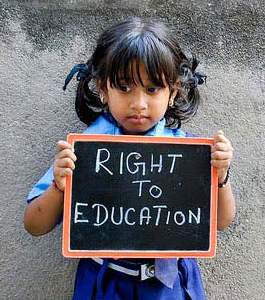 The availability of education varies from province to province as according to a survey the literacy rate on the basis of gender has come down by 1% , 48% in 2012-2013 to 47% 2013-2014. On the other hand the male literacy stands at around 70% , these figures show how we have a long way to go in terms of gender disparity in education. In Balochistan the literacy rate of women is 15%-25% which is very heartbreaking as women are given their rights all over the world but unfortunately women in Pakistan are just expected to take care of the children and conform to the demons of male dominating society.

Our only weapon against the patriarchy is education, awareness and psychological development. In this male dominated society the government has failed to provide females with safe and separate educational institutes, there are a number of schools and universities which cater a large number of men. Millions of children under the age of 14 have to work in different sectors such as agriculture, domestic service and the carpet industry in order to get a stable life in future. All the democratic governments have addressed the issue of educational system being gender biased, different policies and programmes to provide education to every woman (formal or technical) but all this turned out to be just vague promises, the government failed to translate their words into actions. In Punjab, according to a survey, the literacy rate of women went down 2% in 2012-2013 from 54% to 52%. There have been a number of NGO’s trying to spread awareness and importance of female education but in every other case either the victim is so scared of the extremists or they are too old to get a formal education. Women around the world run their socio-economical sphere in the competition with the men.

In Pakistan the wages of a woman is lesser than a man for the same job and same number of hours worked which is very disturbing for not only the women but also for the generations to come.

Women have to struggle all their lives, and if one’s husband dies then the female is dependent on their family for financial aid. We need to centralize our living with the promotion of education despite gender discrimination. One can only thrive for a better future with the weapon of education, we as females need to stand together in order to eradicate this.

The education for women is so important that when you educate a man your are just educating one man but when you educate a woman, whole generation is being educated as women have a vital role to play in the upbringing of their children. It is our duty to ensure that less privileged women get education. Women empower one another, we are responsible for all the women being oppressed by men and the society, only we , together can liberate them and give them the power to take decisions for their own lives. A quality education can transform societies, petty thoughts, psychological and financial crisis.

A woman can never be two things: overdressed and overeducated. Everything we do has an effect on us and in order to achieve the higher goals of education and empowerment of women we need to start today and from ourselves, our every action, small or big has a reaction and this is the time to welcome all sorts of reactions and to stand for your own rights. 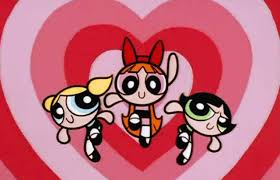