Exclusive: Who attended Imran Khan's nikah, who were the witnesses, and where did it happen? Daily Pakistan reveals ... 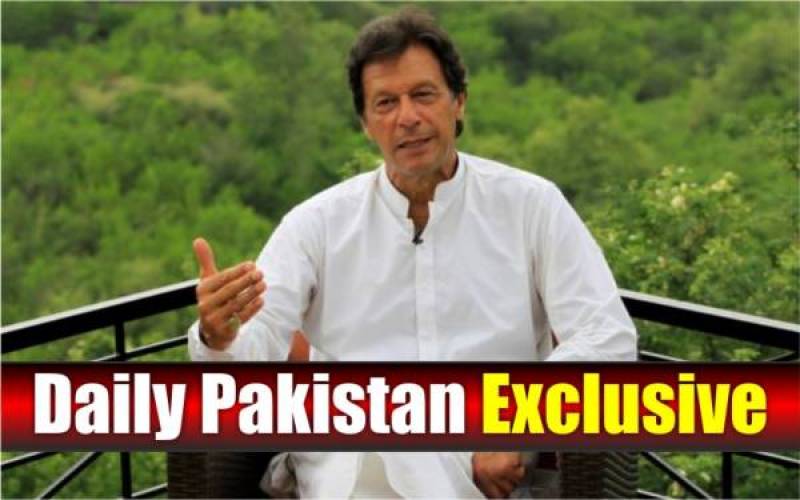 LAHORE - Imran Khan's new marriage may take a while for Pakistan Tehreek-e-Insaf to admit but it was the first thing their leader had on his mind on New Year.

His third bride has identified as his faith healer, Bushra Maneka, 50, who is divorced with five children. Officials in his Pakistan Tehreek-e-Insaf party (PTI) dismissed the story as “pathetic” but later issued a statement confirming that Mr Khan had proposed to Ms Maneka and that she had requested time to consider.

Even as the PTI leaders and even the chairman himself are denying his marriage that took a political twist soon after first reported by a Pakistani daily in the start of this month, fresh details of the secret ceremony at one of Lahore's posh society have just emerged.

Imran, 65, tied the knot with Bushra at a palace-like guest house that belongs to a relative of PTI's Abdul Aleem Khan and former nazim of Gulberg, Faraz Ahmad Chaudhary, in DHA's Y-block. The house owner and property tycoon and Dr Tahirul Qadri's close aide Mian Zahid Islam, along with Imran Khan's personal secretary Aown Chaudhary, attended the simple ceremony. Besides them, two women and a man from Bushra's family were witnesses to the secret marriage.

An amount of Rs 400,000-500,000 was fixed as haq mehar, as Mufti Saeed performed the nikkah. The cleric, a member of PTI core committee, was also the nikah khawan of Imran's last marriage with Reham Khan which was publicly confirmed on January 8, 2015 amid reports of secret marriage in November 2014.

The guests feasted on main course and sweets and cakes, brought from Aown Chaudhary's coffee shop in Garden Town. The recently disqualified PTI secretary general, Jahangir Tareen, Shah Mahmood Qureshi and others had inaugurated the franchise of Gloria Jean's in the evening.

Sources revealed to Daily Pakistan that Naeemul Haq, spokesman for the party head, was deliberately kept in dark while Abdul Aleem Khan congratulated the "Kaptaan" on "hat-trick" when informed by Aown, who was among the witnesses at Imran’s marriage with Reham Khan.

Both Aown Chaudhry and Naeemul Haq have denied the new marriage.

The cricketer-turned-politician has accused his rivals of orchestrating a “gutter media campaign”. In a message on Twitter, dismissed as evidence of his vanity by opponents, he asked his supporters to “pray I find personal happiness, which, except for a few years, I have been deprived of”.