Smriti Irani takes a dig at Deepika Padukone, says, “It was not unexpected to us” 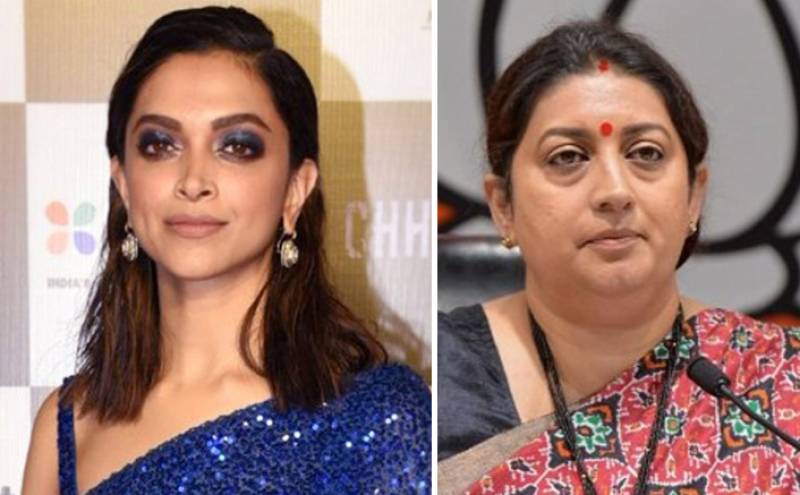 MUMBAI - Indian Union Minister Smriti Irani took a dig at Bollywood queen Deepika Padukone saying that she must have known she was choosing to stand with "people who wanted the destruction of India" when she visited Delhi’s Jawaharlal Nehru University (JNU).

According to India Today, she expressed: "I think that anybody who has read the news knew where they were going to stand." "[They] knew that they’re going to stand with people who wanted the destruction of India," she said.

Various right-wing groups and some BJP leaders called for a boycott of Deepika Padukone’s new film Chhapaak in response to her public show of solidarity with students at JNU, where many were injured in a horrific rampage carried out by masked goons on January 5.

Union Minister Prakash Javadekar later told India Today that the Modi government and the BJP did not support the boycott campaign.

Deepika Padukone spoke about the violence at JNU in a recent interview. "I am very angry at what is happening but it is worse than no action is being taken," she said.

Padukone visited JNU on Tuesday and stood in solidarity with the protesting students. The actor’s visit sharply divided social media, with BJP leader Tajinder Bagga urging people to boycott her film. Union minister Prakash Javadekar, responding to his party leaders’ comments, had said on Wednesday: “Why only artistes, any common man can go anywhere to express his opinion, there cannot be any objection.”