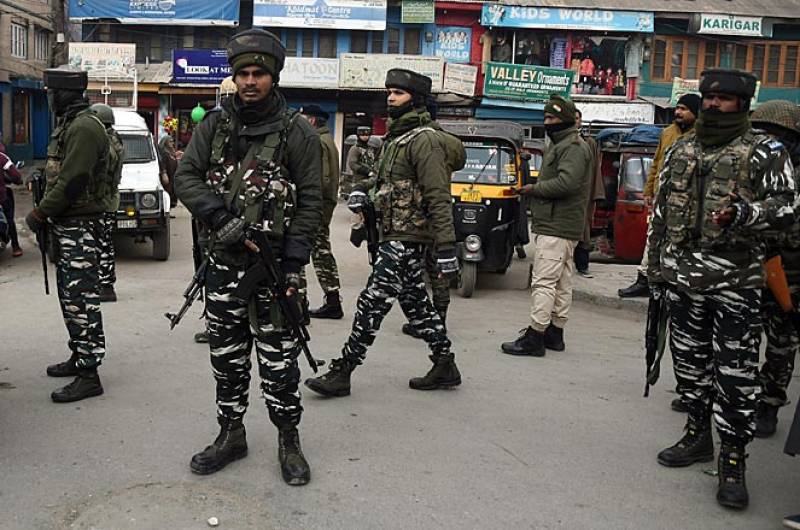 NEW DELHI – An Indian army captain was charged with killing three Kashmiri civilians in a staged encounter in Shopia district of the Illegally Occupied Jammu and Kashmir (IIOJ&K) to get prize money of INR200,000.

According to the Indian police charge sheet, the captain named Bhoopinder Singh of 62 Rashtriya Rifles fired at the three Kashmiri youth even before his party could lay a cordon of the area.

“They (Captain and two civilians) purposefully destroyed evidence of a real crime that they have committed and also have been purposefully projecting false information as part of a criminal conspiracy hatched between them with a motive to grab prize money of INR200,000," it said.

The accused captain had later showed two pistols with two magazines and other items in an attempt to prove the encounter real.

SHOPIAN – An army officer of the rank of a captain along with two others have been found guilty for killing three ...

Later in the police probe, the Special Investigation Team “recreated all the scenes of crime” and “the route used after meeting the victims and the place where the victims were murdered”.

According to The Hindu, a local court has already issued an order asking the army authorities “to give their opinion whether the accused Captain be tried by the Criminal Court of ordinary jurisdiction or by the Court Martial”.

The Indian army is facing a growing backlash on social media after the inhumane act of the captain was exposed in the charge sheet.

accused must be punished when found guilty doesn't matter whether he's a civilian or from army. @adgpi @manojsinha_