Nisar confident CNIC re-verification process will be complete on time 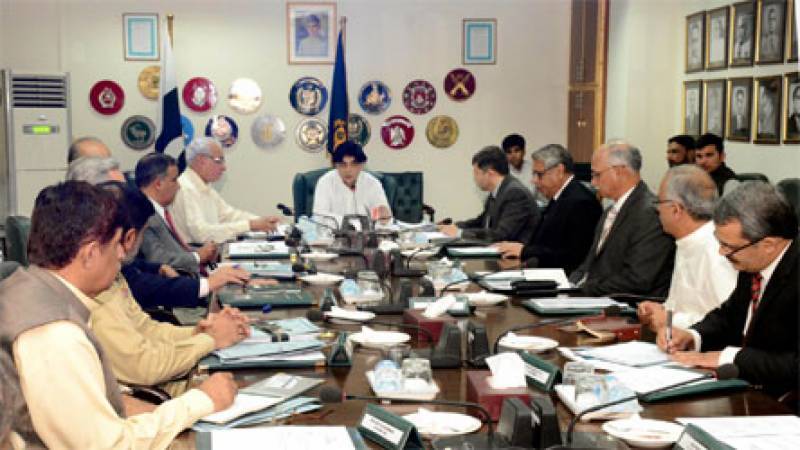 ISLAMABAD - Interior Minister Chaudhry Nisar Ali Khan vowed on Monday to complete the proposed re-verification of Computerized National Identity Cards (CNICs) within the specified time frame of 6 months, while chairing a meeting to review the country's identification authority, the National Database and Registration Authority, plans for the re-verification drive.

The Minister stated that the re-verification of CNICs across Pakistan would be a difficult task, but was vital for assuring the protection of the nation.

He said the campaign was aimed at cleansing NADRA's database of all aliens who had been registered as Pakistanis illegally.

He said the citizens' overwhelming response to the ongoing re-verification drive was encouraging.

The CNIC re-verification drive was announced in early May, after it was discovered that former Afghan Taliban leader Mullah Akhtar Mansour had been entering and exiting Pakistan using forged identity documents that listed him as a Pakistani citizen.

During the meeting, the Minister was informed that even before the start of NADRA's SMS service, under which citizens can verify their identity and registration details from home, over four hundred thousand citizens had checked their family tree details on their own.

He said that NADRA had received over 13000 complaints since July 1 from citizens who had discovered aliens listed in their family records, of which one-third were confirmed aliens.

The Interior Minister also approved the nationalization of three Cessna planes and their inclusion in the Air Wing of the Interior Ministry for counter-terrorism and anti-narcotics operational duties.