Euro 2016: Clashes in Marseille ahead of England encounter with Russia 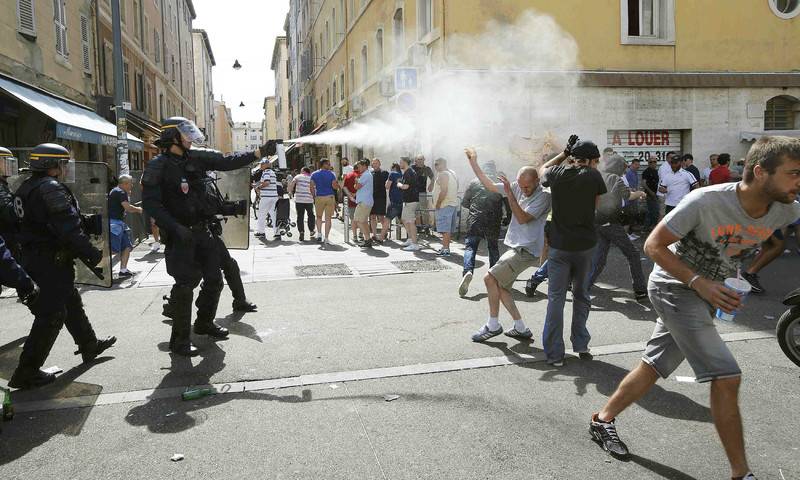 MARSEILLE (Web Desk) - English and Russian soccer fans rioted on Saturday at the Old Port in Marseille and police used tear gas for a third straight day in an attempt to disperse rowdy crowds.

TV footage showed scenes of violence, including fans throwing chairs yanked from restaurant terraces and scuffling on a staircase, where one man was seen kicking another one down the stairs.

Marseille´s emergency services said one person suffered a heart attack during the fracas and had been taken to hospital while one middle-aged England fan was knocked unconscious.

Water canon trucks moved in and dozens of police armed with batons cordoned off streets, firing tear gas to break up the skirmishes.

Broken glass and debris littered some roads and walkways near the Queen Victoria pub, focal point of clashes between English, Russian and French fans on Thursday and Friday.