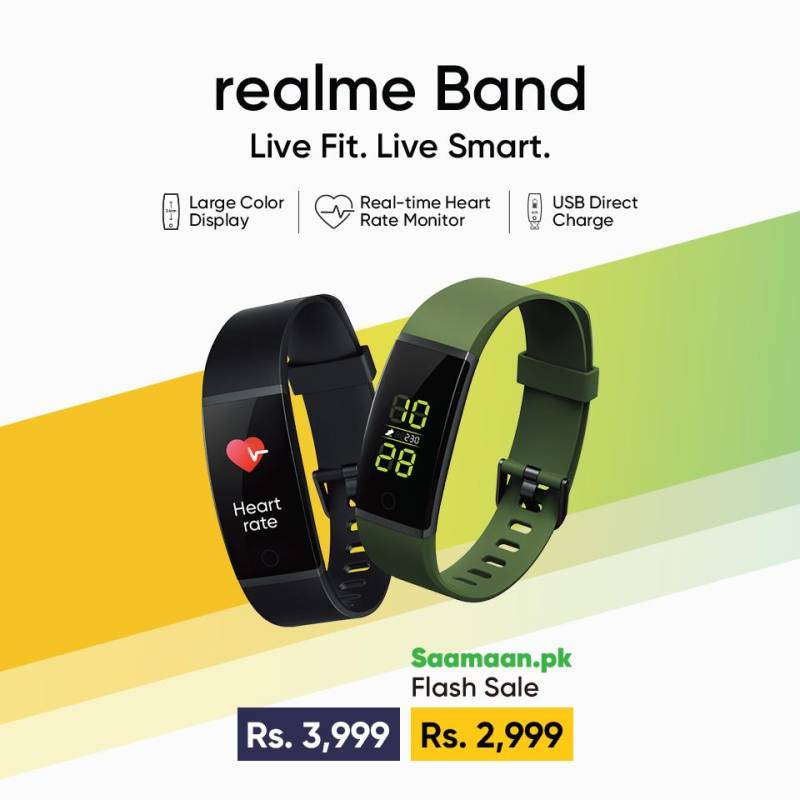 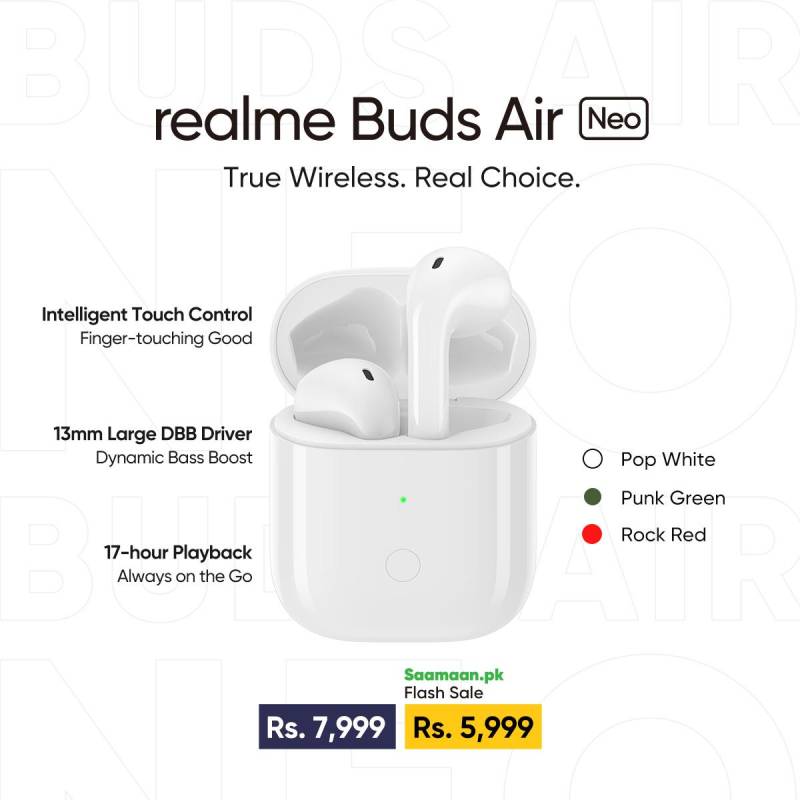 LAHORE - realme Pakistan has finally launched its much-awaited set of AIoT offerings – realme fitness band along with realme Buds Air Neo. With this new launch company will be able to deliver realme fans the high-performing tech lifestyle product which they desire. Together, AIoT products and smartphones will enable the next growth trajectory for realme in Pakistan.

The realme Buds Air Neo priced at Rs 7,999/- is powered by the proprietary R1 chipset that was originally available on the realme Buds Air Neo. The chipset enables a seamless wireless audio experience with the latency rate of 119.2ms when using a super low latency mode. To give some perspective, last year's Buds Air had a latency rate of 243.8ms that could be dropped to 119.3ms when using a gaming mode.

realme has provided a 13mm driver with LCP multi-layer composite diaphragm. The Buds Air Neo also have a Dynamic Bass Boost solution to deliver an enhanced bass experience. Further, the earbuds come with Bluetooth 5.0 connectivity. There is support for the Google Fast Pair protocol. The earbuds can also be paired automatically once the case cover is opened.

The realme Buds Air Neo come with touch controls. This means that you'll be able to play or pause a track by double tapping on the earbuds or triple tap to skip to the next track. Further, the earbuds have a microphone for noise cancellation.

On the battery part, the realme Buds Air Neo earbuds deliver up to three hours of continuous music playback on a single charge. The charging case offer up to 17 hours of battery life. The case has a Micro-USB port for charging.

Each earbud of the realme Buds Air Neo weighs 4.1 grams, while the charging case weighs at 30.5 grams.

It will be available in two color options of white and Green.

The realme fitness Band priced at Rs 3,999/- features a 0.96-inch (2.4cm) color TFT LCD panel that has 80x160 pixels resolution. The display features a touch button. It also supports five-level brightness that can be adjusted through the realme Link app. Further, the display panel wakes up with a lift of your wrist using the built-in gravity sensor.

There are five dial faces that can be applied on the realme Fitness Band using the realme Link app. realme also promised that future over-the-air (OTA) updates will add additional dial faces.

Specifically for fitness enthusiasts, the realme Fitness Band comes preloaded with a high-precision PPG optical heart rate sensor that is claimed to measure the real-time heart rate of users every five minutes. It also comes with a Sleep Quality Monitor that uses an algorithm to analyze sleep quality and generate a report to help users understand their sleeping patterns. To remind users to move or take a walk after sitting for a long time, there is an Idle Alert feature.

The Fitness Band also comes with a list of nine sport modes that include walking, running, and yoga among others. You can store any three of the given modes on the fitness band. There is also the Cricket Mode to offer detailed statistics while playing a cricket match.

realme has provided an IP68-certified build that is to protect against dirt, dust, sand, and “occasional dips” in the water. Fitness band displays smart notifications and supports apps such as Facebook, WhatsApp, Instagram, Twitter, TikTok, and YouTube among others. Moreover, it will get features such as cloud multi-dial, multi-language font, and weather forecast through a future update.

On the specifications front, the realme Band includes a three-axis accelerometer, rotor vibration motor, and Bluetooth v4.2. The band is compatible with devices running at least Android 5.0 Lollipop. The band packs a 90mAh battery that last six to nine days.

It will be available in two color options of Black and Green.