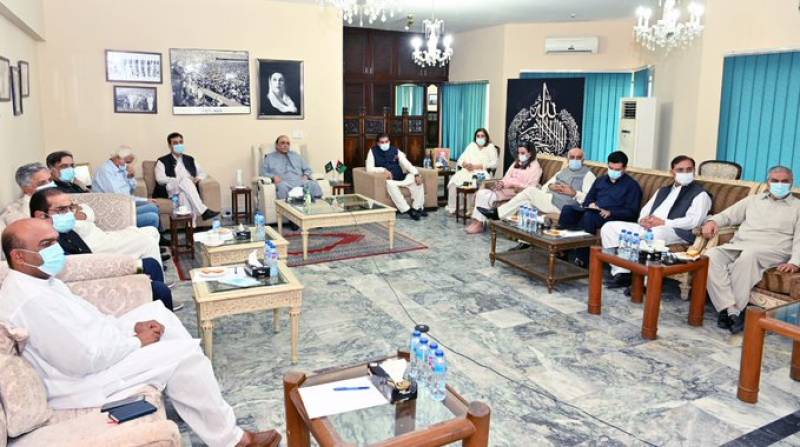 ISLAMABAD – The Pakistan People's Party (PPP) has said that parliament must be consulted on negotiations with the proscribed Tehrik-i-Taliban Pakistan (TTP).

The militant group had recently reached an agreement on indefinite ceasefire with Pakistan.

Jointly chaired by PPP Co-Chairman Asif Ali Zardari and Chairman and Foreign Minister Bilawal Bhutto Zardari, a meeting of the party’s top leadership was held at the Zardari House in Islamabad.

After the meeting, Bilawal took to his official Twitter handle. He shared that his party held a high-level meeting to discuss the issue of terrorism in light of recent developments.

“PPP held a high level meeting to discuss issue of terrorism. Particularly in light of recent developments in Afghanistan, with the TTA & TTP,” he tweeted.

PPP held a high level meeting to discuss issue of terrorism. Particularly in light of recent developments in Afghanistan, with the TTA & TTP. PPP believes that all decisions must be taken by parliament. Will be reaching out to allied parties to creat consensus on the way forward.

Taking exception to how the negotiation took place without involvement of the Parliament, he emphasized that all decisions must be taken by the Parliament.

However on the way forward, Bilawal said the PPP would be reaching out to coalition parties to create a consensus on the matter.

Earlier this month, the TTP agreed on an indefinite ceasefire with Pakistan after the Afghan Taliban brokered peace talks between both parties. However, the matter did not land in the Parliament and the development happened surreptitiously.

Addressing a public rally in Peshawar in December 2021 when the PTI government was in power in the center, Bilawal had termed the talks with TTP as betraying martyrs and demanded punishment for the terrorists involved in killing civilians including the children of Army Public School (APS) and security personnel before any dialogue with them.

At that moment, he had pointed out that the government did not have the mandate of the Parliament for talks with the proscribed group.