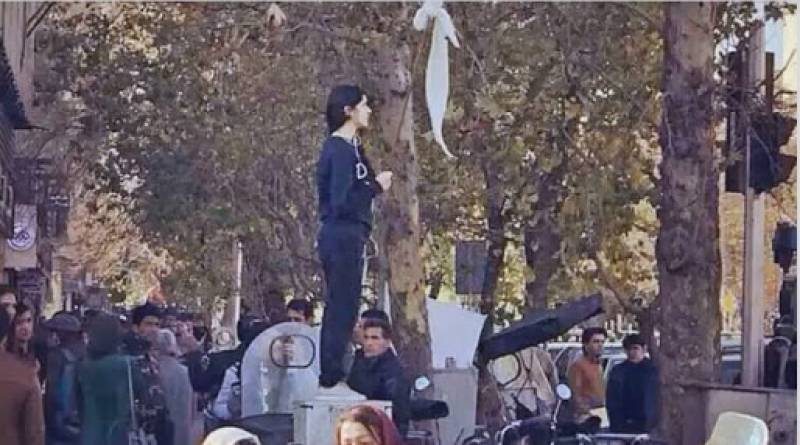 Iran- A 31 year old woman is now behind bars for fighting against the strict Iranian laws. She protested by removing her headscarf in public which resulted in a two year jail sentence. According to the prosecutors the woman now identified as Vida Movahed “encouraged corruption through removal of her Hijab”. The sentence is for two years but the Tehran prosecutor Abbas Jafari Dolatabadi said 12 months have been suspended so she will only have to serve three months with parole.

He has further recommended her for medical intervention.

She plans to appeal against the verdict. Since her protest against the laws women have come forward and supported her campaign by posting pictures of themselves over the internet causing a wave which is hard to tame now. She is famous under the tag of “Girl on Enghelab Street.”

She is not alone in this!

Even after announcing the relaxation in strict veil laws:

Vida found guilty of encouraging “corruption through the removal of the hijab in public”...didn’t the Iranian regime assure us they were relaxing hijab laws in Tehran?https://t.co/suMHwpTBOU

Iran has faced very fluctuating veil laws in the history as in 1930’s the ruler Raza Pahlavi banned the garment altogether.