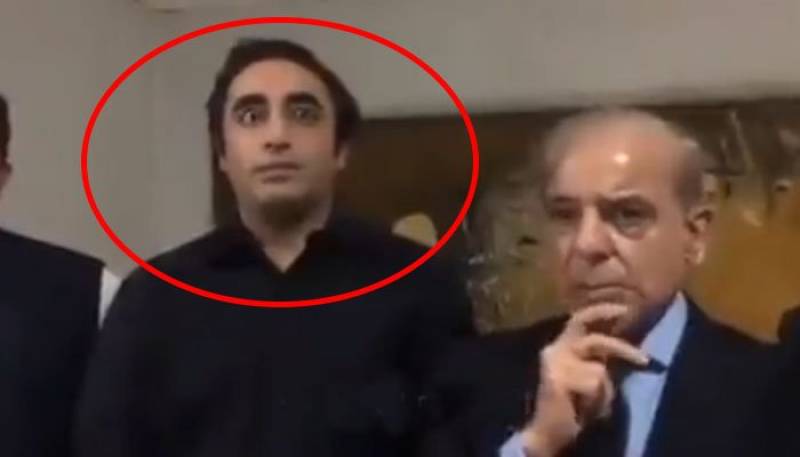 On Thursday, both opposition leaders were talking to the media after a meeting when a reporter asked Shehbaz if he had asked Al-Qaeda, a militant group, during his tenure as Punjab chief minister not to carry out attacks in Punjab. The reporter further said the same revelation was made by WikiLeaks.

Watch Bilawal Bhutto's reaction as a journalist asks Shehbaz Sharif about a WikiLeaks revelation about him pic.twitter.com/Al981z6Xr7

Shehbaz, who is Leader of Opposition in the National Assembly, didn't answer the question. However, Bilawal Bhutto, who was standing on the right side of Shehbaz, popped his eyes out and then rolled them in a strange way.