When Wedding Becomes A Load 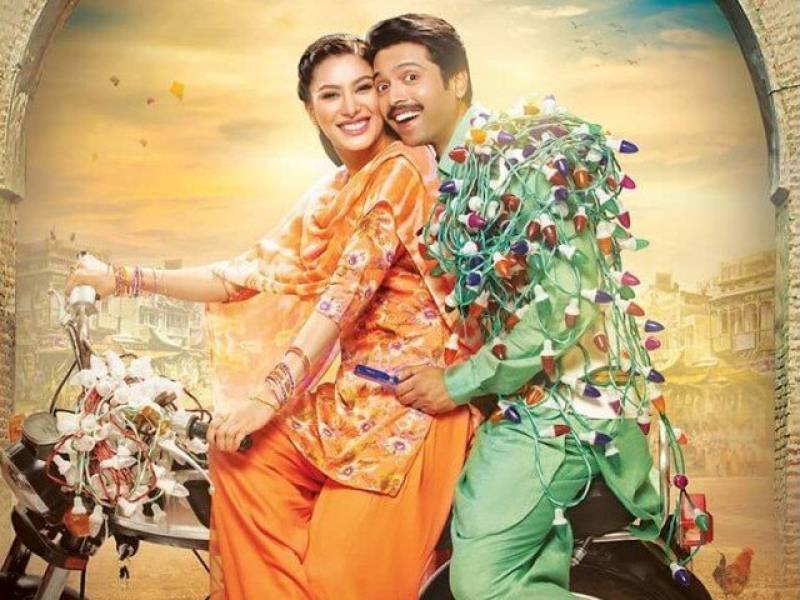 After watching Load Wedding, one can sense that Pakistani cinema is coming to an age where serious issues of our society can be taken as the subjects of films. The latest venture of duo Fizza Ali Meerza and Nabeel Qureshi touches the issue of dowry and its negative repercussions on the lives of affected. But when enhancing this serious issue as the major topic of their film, they also encompass many other taboos of our society like marriage of a young man with a widow and it becomes more unconventional, when his elder sister is still unmarried waiting for a decent match.

Load wedding is complete package from script to direction and from acting to cinematography. The story of this intense social drama revolves around a young innocent man of Punjab Raja (Fahad Mustafa) who wants to marry with his childhood love Meeru (Mehwish Hayat) but fails to do so as his elder sister Baby Baji (Faiza Hasan) has to be married first. It is indeed an issue of our society too. Somehow Baby Baji gets a proposal of marriage on the condition heavy dowry and Raja being the only man earning in the family has the responsibility to arrange that huge amount and long list of items. Here the story takes twists and turns in between emotions of love, tears and fun.

The film that starts with a comedic gesture ends on a very serious note, leaving the viewer to reckon upon the grave nature of problem highlighted in the film and at the same time admiring that how the makers have brought this issue to forefront keeping their script light and filled with comedic stints.

Load Wedding is full of climaxes but in between climaxes, explicit are the diverse issues of our everyday lives that need our concerns like the agony of losing someone just because of useless norms of society, the grief and humiliation of being rejected and the hatred and jealousy emerge from the frustration which our lives are used to of. This is speciality of Nabeel and Fizza that they try to give a message by taking issues affecting our everyday life and their characters from ordinary man and women of our society and kneads them in a tightly knitted story with beautiful direction and appropriates cinematography. Raja, Meeru and Baby Baji are living characters of our society which we encounter randomly and some of us even empathize with them and see their stories as ours.

All actors have done justice to their roles. Fahad Mustafa has the ability to put himself under the shoes of his character, whether he is playing the role of a middle class con man from Karachi in Namaloom Afraad or is a raw and innocent rural Punjabi guy in Load Wedding who wants to live his life simply and happily. Same is with Mehwish Hayat who quickly transforms into her character and by the time has proved that an actor from television can also become a film star. Faiza Hasan looks promising in her first film and has taken her niche from Burns Road Ki Neelofer on a tele-play to Baby Baji on big screen with same vigour. Veterans like Samina Ahmed and Noor ul Hasan are in smaller yet in very important roles. There is also a very crucial and surprising entry in film by comedian Fahim Khan.

The only thing missing in the Load Wedding is too much glamour and show off (as it is becoming the norm to make a film successful) but it is not the need of story here. Music is added in to support emotions and spice to the film otherwise the message is so strong that it could go on without setting separate musical scores especially if it were purely an art film. But still songs like Good Luck and Rangeya have themes that grow up with time.

Load Wedding is fourth film by Fizza Ali Meerza and Nabeel Qureshi together. And in a short span four years they have given four films that have changed the scenario of Pakistan film industry which is still in its nascent days after the painful demise it had from the start of this century.

The film is still running in cinemas and getting big word of mouth and it must be recorded that Load Wedding is one the films that will surely takes its critical acclaim and will be considered a milestone of Pakistani cinema.