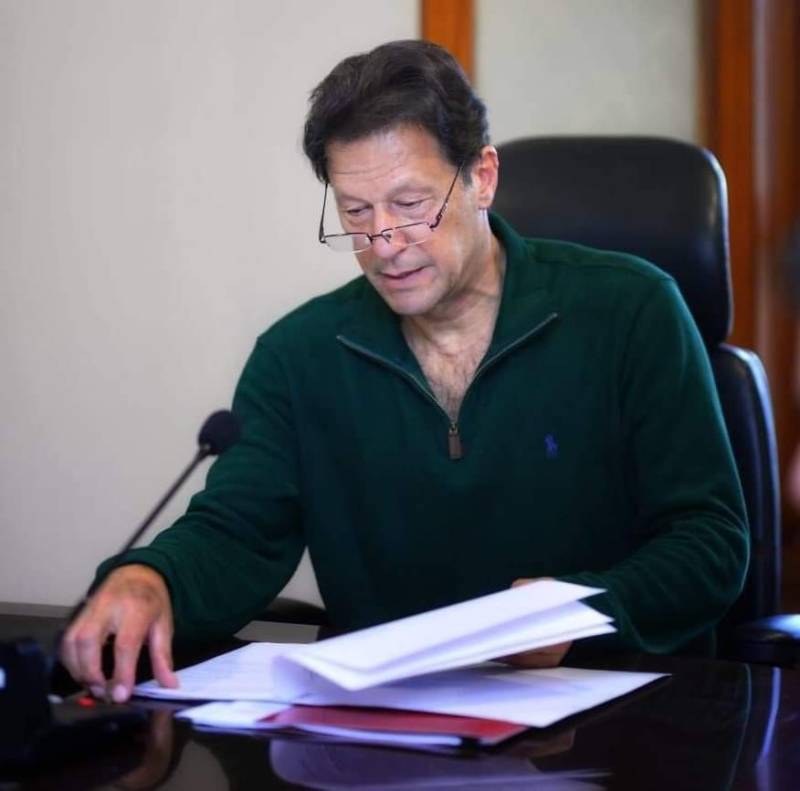 ISLAMABAD – Prime Minister Imran Khan Sunday appealed to the world leaders, leading financial institutions and the United Nations Secretary General for launching of ‘global initiative on debt relief’ to provide much needed relief to the developing countries, currently faced with worsening financial meltdown due to the COVID-19 (novel coronavirus) pandemic.

In a brief televised appeal to the international community, the prime minister juxtaposed the financial health of the developing countries especially Pakistan where the government had been striving simultaneously to avoid spread of the deadly COVID-19 through clamping of lockdowns and saving the people from death due to hunger.

The prime minister cautioned that the pandemic’s socio-economic impacts would be more consequential in the developing countries.

While proposing the initiative, he highlighted that his government had provided a 8 billion US dollar stimulus package to help the most vulnerable Pakistanis in a country having a total population of 220 million people.

The proposed global initiative aimed to lay ground for urgent debt relief to the developing countries, at their request, and without onerous conditionalities. The initiative was built on the prime minister’s belief that enhanced fiscal capacity was fundamental to recovery from the ongoing pandemic crises.

He proposed that the developing countries should be provided with fiscal space and financial relief through enhanced debt relief and restructuring and other additional measures that could help them manage the unfolding crisis.

The prime minister observed that in the context of unprecedented challenge from the COVID-19, the global response had two different aspects emerging in the developing world and the developed countries.

He noted that the developing countries like Pakistan had the dilemma of containing the novel coronavirus and as well as dealing with the impacts of economic crises leading to hunger and poverty.

He cautioned that the greatest worry in the developing countries was now of people dying from hunger as a result of the lockdowns.

The prime minister also noted the ‘huge discrepancies in the financial resources’ available with the two groups of countries.

He said his government had announced a maximum relief package which it could afford to combat coronavirus challenge. Most of the developing countries had high debts of GDP ratio and they did not have money to spend on overstretched health services and to save people from dying.

In this regard, the prime minister mentioned the response of the developed countries ie; the US government’s announcement of a stimulus relief package of 2.2 trillion dollars, Germany 1 trillion Euros and Japan 1 trillion dollars to face the coronavirus challenge.

He also underlined that a global recession was certain, one worse than the Great Depression. “A global pandemic cannot be contained without strong, coordinated and well-crafted global response,” he stressed.

The global initiative on debt relief would bring together stakeholders on a platform to promote coordinated health and economic response.

The prime minister also invited the UN Secretary General to work with him in advancing the objectives of a coordinated response.

According to a press release of the PM Office media wing issued on the occasion, as part of his diplomatic outreach, Prime Minister Imran Khan would be approaching Heads of State/Government from a wide range of countries notably from Paris Club, Highly Indebted Poor Countries (HIPC), heads of International Organizations and others concerned to join him in this endeavor.

He has entrusted the foreign minister and the adviser on finance to reach out to their respective counterparts to work for the “Global Initiative on Debt Relief” with the objectives of relieving developing countries of the financial challenge from the COVID-19 pandemic and realizing sustainable development.