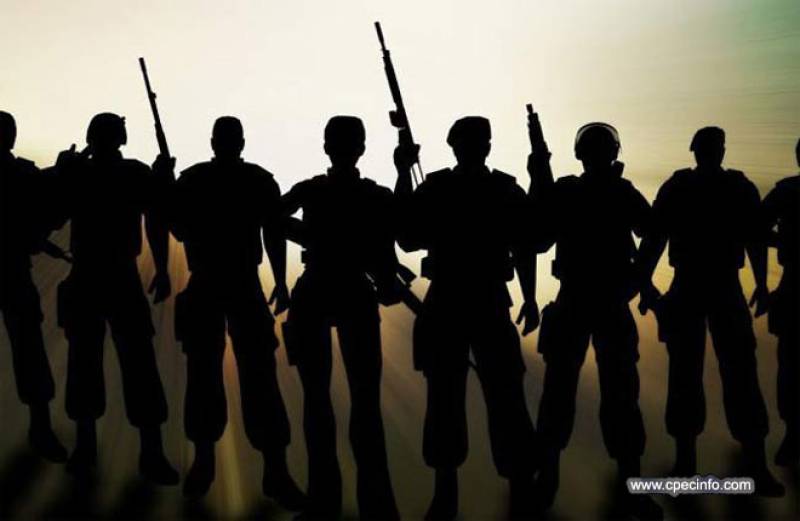 ISLAMABAD (Web Desk) - The Parliamentary Committee on China, Pakistan Economic Corridor (CPEC) was informed on Friday that a Special Security Division (SSD) comprising 9,000 Pakistan Army soldiers and 6,000 para-military forces personnel has been set up for the protection of the projects and individuals operating on it.

According to officials,”Special Security Division has been trusted with the responsibility of protecting Chinese workers and projects under CPEC”.

The comments were made in an in-camera meeting of the committee on CPEC, which was led by Senator Mushahid Hussain, Dawn reported.

The committee was being briefed by the ministry of defence and the ministry of interior on the security of CPEC and the various steps taken by the government for the protection of Chinese nationals and projects under the CPEC.

The government has also allocated Rs1.3 billion for CPEC security in addition to the efforts of provincial governments, the committee was informed.

“Apart from security on land, the government has also taken relevant initiative through the maritime security agency to protect the coast as well as through the Pakistan Air Force,” added the officials.