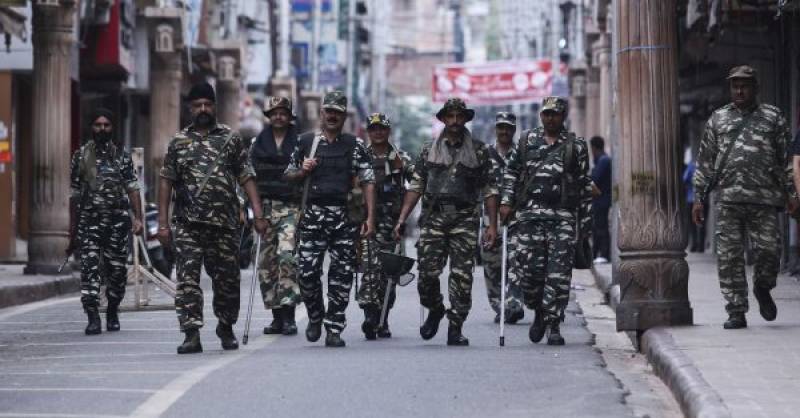 NEW DELHI – The Indian supreme court will hear a plea challenging the Centre's decision to impose restrictions and "other regressive measures" in the occupied state of Jammu and Kashmir following the revocation of the provisions of Article 370.

The plea filed by activist Tehseen Poonawalla is listed for hearing before a bench comprising Justices Arun Mishra, M R Shah and Ajay Rastogi for Tuesday, the Times of India reported.

Besides seeking withdrawal of curfew, other regressive measures including blocking of phone lines, Internet and news channels in the held valley, Poonawalla has also sought a direction from the top court for the release of leaders like former chief ministers Omar Abdullah and Mehbooba Mufti.

Moreover, he has called for a judicial commission to inquire into ground realities there and file a status report before the court.

A similar petition, seeking removal of restrictions imposed on working of journalists in the state after the scrapping of provisions of Article 370, was separately filed by Anuradha Bhasin, editor of a Kashmir daily.

Reports in India media suggest the plea is likely to be mentioned for urgent listing in the apex court.

Besides the petitions filed by Poonawalla and Bhasin, the National Conference (NC) has also moved the apex court challenging the changes made in the constitutional status of J&K, contending that these have taken away rights of its citizens without their mandate. The petition has been filed by Mohammad Akbar Lone and Justice (r) Hasnain Masoodi, both Lok Sabha members belonging to the NC.

Indian President Ram Nath Kovind had last week declared abrogation of the provisions of Article 370 of the Constitution, which gave special status to Jammu and Kashmir.

Both houses of the Indian parliament later approved a resolution abrogating special status to Jammu and Kashmir under Article 370 of the Constitution and a bill for splitting the state into two union territories.