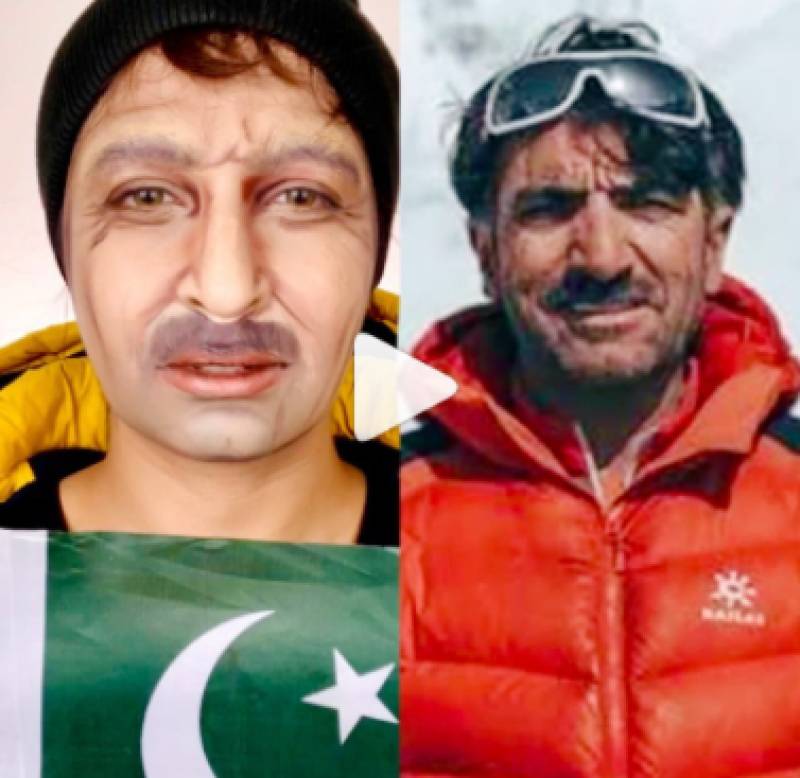 Legendary Mohammad Ali Sadpara is remembered for his valiance and impeccable bravery, which brought pride and honour to Pakistan.

The unforgettable introduction to the mountain hero who had been scaling peaks for years was valued as stars and masses remembered his legacy.

With bittersweet sentiments engulfing the majority, the news of his disappearance and death was met with an outpour of grief.

This time around a heartfelt tribute by Pakistani makeup artist Asma Hanif has been winning hearts where the talented digital creator remembers the mountain hero fondly.

"Ye Saal Muhammad Ali Sadpara k naam.#alisadpara Here’s a little effort from my side for this independence day. 14th August 2021," she captioned the post on her Instagram handle.

Asma painted Sadpara’s face on her face using her makeup skills. The video has attracted a lot of attention on social media.

Sadpara and his colleagues John Snorri Sigurjónsson from Iceland and Juan Pablo Mohr Prieto from Chile were pronounced dead on Feb 18, nearly two weeks after they went missing on the ‘Savage Mountain’.

The trio lost contact with Base Camp on Feb 5 while attempting an unprecedented winter ascent without supplemental oxygen.

Recently, Sadapra's son Sajid Ali Sadpara retrieved the bodies of the three missing climbers from a ‘Bottleneck’ and secured them at Camp-4.