Taliban take over major cities amid heavy fighting in Afghanistan 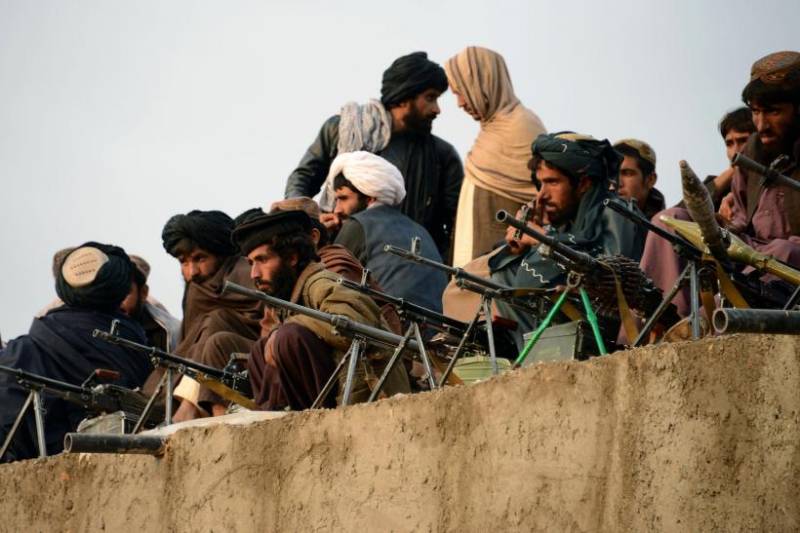 Taliban fighters claimed on Thursday to have seized key cities like Kandahar, Ghazni and Herat as fighting rages between the warring groups in the war-torn Afghanistan.

The Taliban have taken 12 of Afghanistan’s 34 provincial capitals as part of a weeklong offensive.

Fall of the strategically important Ghazni has increased the possibility that the Taliban could take the capital Kabul.

After a heavy fighting in Kandahar, the second largest city of Afghanistan, Taliban fighters took over the city from the government forces.

The Taliban are moving at speed, seizing new territories every day, as US and other foreign troops withdraw without defeating the Taliban even after 20 years of military operations.

The city of Qala-I-Naw has also fallen to the Taliban, who now control about a third of the country's regional cities and most of northern Afghanistan. The group's rapid advance has dealt a blow to government security forces.

Reports suggest that Lashkar Gah, the capital of Helmand province, is now in the hands of the Taliban, but it has yet to be confirmed independently.

Thousands of civilians have been displaced and fled to Kabul to escape the fighting.

The US embassy in Kabul cited reports as saying that Taliban were executing Afghan troops who were surrendering and said it was "deeply disturbing and could constitute war crimes".

The US said it was sending 3,000 troops to the airport in Kabul to help evacuate a "significant" amount of embassy staff on special flights.

Also, US citizens in Afghanistan have been told to leave the country on an immediate basis, using available commercial flights. A message in this regard was published on the official website of the US Embassy in Kabul on Thursday.

The UK said it was deploying about 600 troops on a short-term basis to provide support to British nationals leaving the country. The number of staff working at the British embassy in Kabul has been reduced to a core team.

Disappointed with the performance of the poorly trained Afghanistan Army, the Afghan government is now arming local groups as part of a three-phase plan to push back the Taliban offensive.

In an exclusive interview to a foreign news channel, Afghanistan’s Minister of Interior General Abdul Satar Mirzakwal said Afghan forces were trying to secure main highways, large cities and border crossings after the Taliban seized nine provincial capitals in less than a week.

He said, “We are working in three phases. The first is to stop the defeats of the government forces, the second is to re-gather our forces to create security rings around the cities, and the third is to begin offensive operations.”

A meeting of the 'Troika extended' group on Afghanistan will be held in the Qatari capital of Doha on Friday (August 13) to discuss the prevailing situation in the war-torn country.

Leaders from Pakistan, Russia, China and US Special Representative on Afghanistan Zalmay Khalilzad will attend the meeting.

The group conducts regular consultations on ways to support intra-Afghan negotiations to help the parties reach a political settlement and a permanent and comprehensive cease-fire in the country.

There are reports the Taliban have been offered a power-sharing deal by Afghan government negotiators in Qatar in return for an end to fighting in the country.

Media reports quoted a source in Afghan government’s negotiating team as saying on Thursday, "Yes, the government has submitted a proposal to Qatar as mediator. The proposal allows the Taliban to share power in return for a halt in violence in the country."