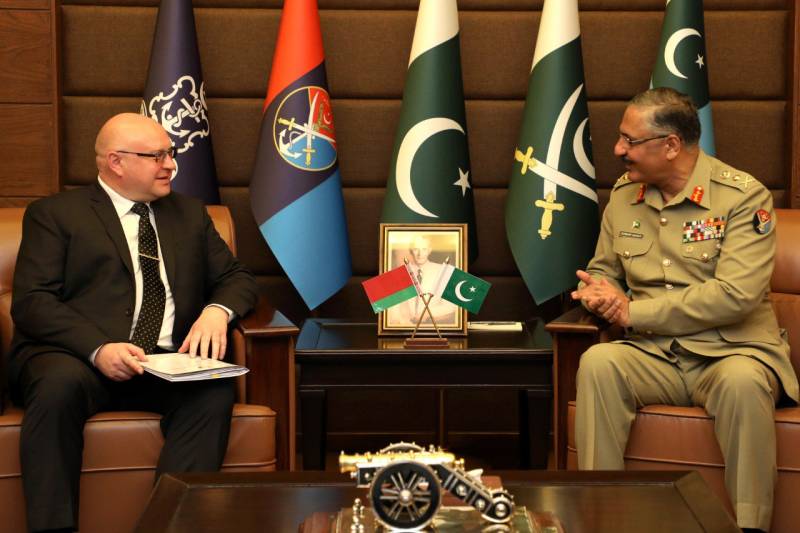 Matters related to regional dynamics and strengthening of bilateral security and defence cooperation between the two countries were discussed, the ISPR reported.

Belarus–Pakistan relations refers to the current and historical relationship between the two countries. Pakistan was one of the first countries to recognise Belarus after the dissolution of the Soviet Union in 1991.

President of Belarus Alexander Lukashenko visited Pakistan on 29 May 2015 on a two-day state visit and again on 4 Oct 2016. President Lukashenko held meetings with then Prime Minister Nawaz Sharif during the course of his visit, and a number of important agreements and memoranda of understanding were signed between the two countries.

Pakistan and Belarus initiated joint ventures (JVs) in the textile, pharmaceutical and lighting solution industries while sharing technological expertise with each other.