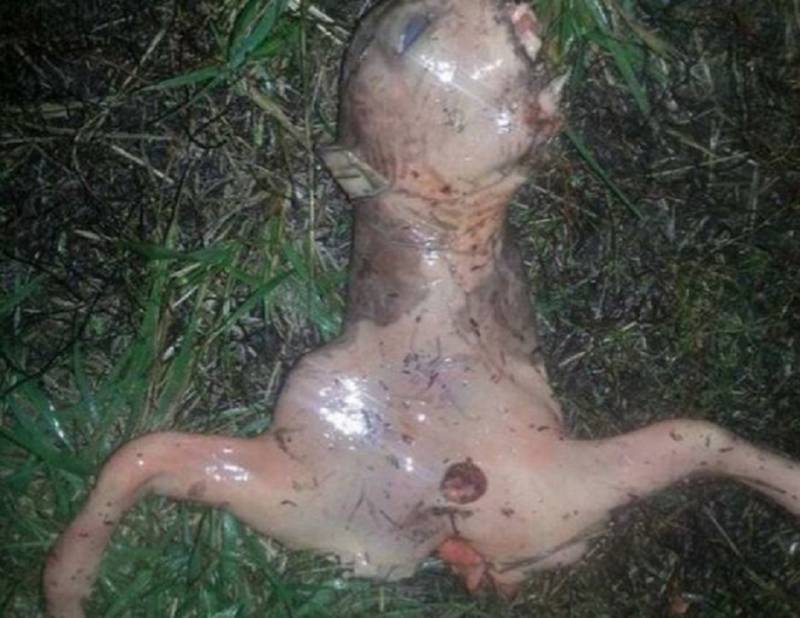 SAN JOSE (Web Desk) - A woman in California heard a bloodcurdling shriek in her back garden - then ran out and found an 'alien'.

The hideous creature appeared in San Jose just hours after Californians reported a glowing bright UFO over the state.

Gianna Peponis said, "I heard something scream at like 11.30 last night and went on my side yard and found this thing. It was dead when I found it." 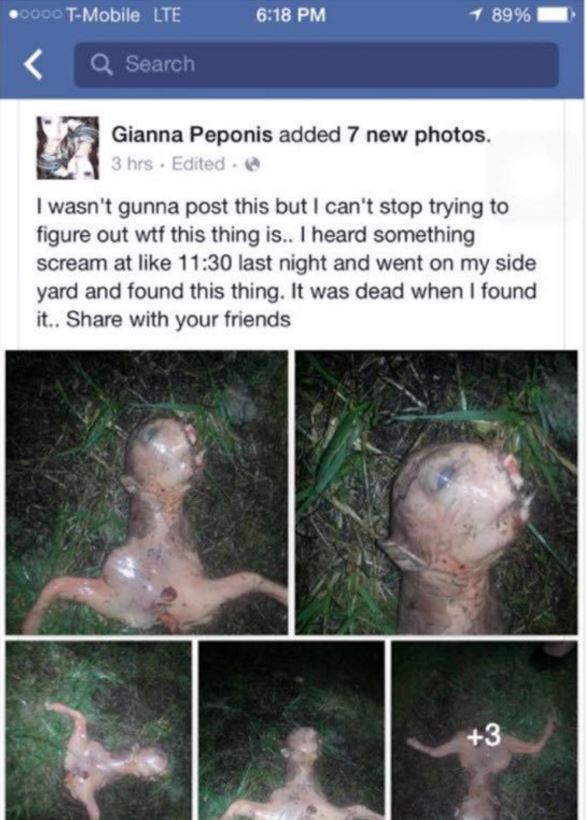 Some commenters on Facebook and Reddit have suggested that the hideous creature could actually be the foetus of a deer, partly eaten by predators.