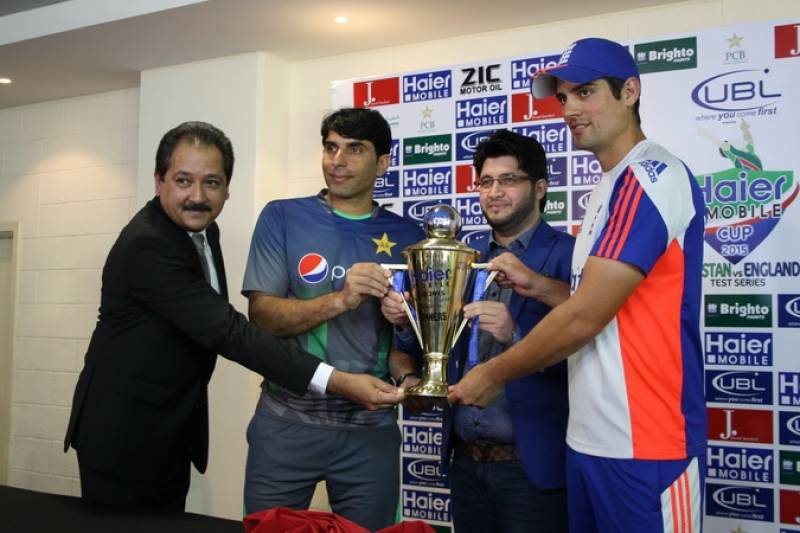 ABU DHABI (Staff Report) - Over a month-long bilateral cricket series between Pakistan and England will begin today (Tuesday) with the first Test of the three-match series at the Sheikh Zayed Stadium in Abdu Dhabi.

The bilateral series which will be comprised of three Tests, four one day internationals (ODIs) and three Twenty20 matches will continue till November 30, 2015.

All three Test matches are scheduled to start at 11:00 am according to Pakistan Standard Time (PST).

Currently, England is placed third in the International Cricket Council (ICC) Test rankings while Pakistan is at number 4.

The confidence of both the teams is quite high as England recently won the Ashes series against Australia while Pakistan have not lost a Test series in United Arab Emirates (UAE) since 2010 when Pakistan were forced to make UAE as their home venue.

Since 2010, Pakistan have won Test series against Sri Lanka, England and Australia while they drew the five-day match series with South Africa by 1-1.

However as compared to England, Pakistan are expected to perform well and yield much better results because pitches in UAE support spin bowlers and Pakistan are bestowed with some excellent spinners such as Yasir Shah and Zulfiqar Babar.

In addition, last time when the two teams faced each other in a Test series was in 2012 in which Pakistan whitewashed England by winning all three games.

“We are determined to defeat England in test series. Confidence of players is the key to win the series,” Pakistan Test Captain Misbah-ul-Haq said.