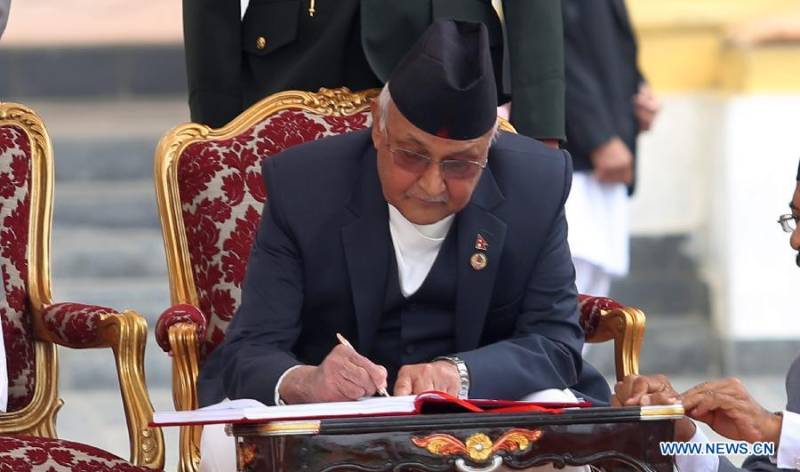 KATHMANDU (APP) - KP Sharma Oli was sworn in as Nepal's prime minister on Monday, tasked with unifying the quake-hit country after a new constitution triggered deadly protests, a border blockade and a nationwide fuel shortage.

Oli, a former deputy prime minister who heads one of Nepal's main communist parties, is credited with having pushed through a deal on the constitution after years of disagreement.

After his election on Sunday he urged political unity to try to resolve the stand-off with protesters from the country's Madhesi minority, who say the charter's terms will exclude them from power in the national assembly.

On Monday Oli appointed two deputy prime ministers from parties that opposed elements of the constitution passed in September, months after an earthquake that killed nearly 9,000 and left many more homeless.

They are Kamal Thapa, head of the royalist Rastriya Prajatantra Party Nepal (RPP-N), and Bijay Kumar Gachhadar who leads one of Nepal's Madhesi parties.