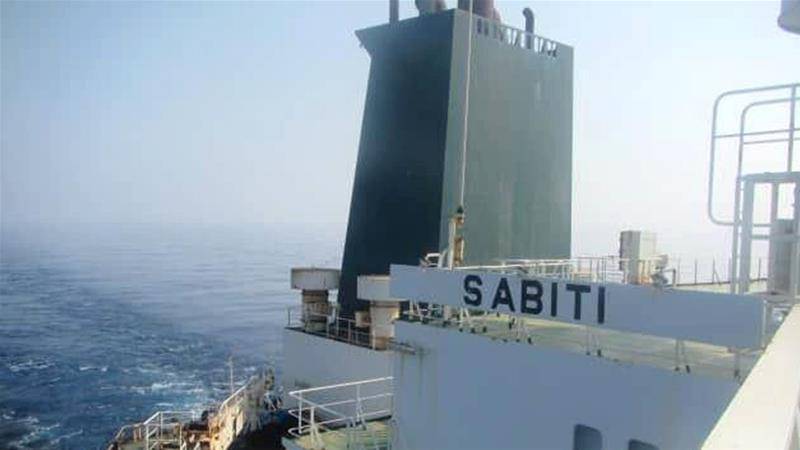 TEHRAN – Iran will proportionally respond to the recent attack on its tanker in the Red Sea, but first it will investigate who was behind the incident, the government spokesman said Saturday.

On Friday, Iranian media reported that an explosion had set the National Iranian Oil Company's tanker on fire 60 miles from the Saudi port city of Jeddah, suggesting it was a terrorist attack. The Iranian Foreign Ministry subsequently said that an oil tanker had suffered two attacks with an interval of around 30 minutes in the Red Sea and had been damaged.

"Of course, there will be a proportionate response to those who planned this cowardly attack, but we will wait until all the details of this wicked ploy are clear," Ali Rabiei said.

The secretary of Iran's Supreme National Security Council, Ali Shamkhani, also said that the attack would not go without a response. According to him, Tehran has created a special committee to study circumstances of the incident.

At the same time, the Iranian Mehr news agency reported, citing sources, that oil spill from the attacked tanker was stopped.

The Red Sea is a major global shipping route for oil and other trade, linking the Indian Ocean with the Mediterranean via the Suez Canal.

Crude prices jumped briefly on the news of the alleged attack.

ISLAMABAD – Prime Minister Imran Khan will be undertaking a visit to Iran on Sunday as part of his initiative to ...

The incident is the latest involving oil tankers in the Red Sea and Gulf region, and may ratchet up tensions between Iran and Saudi Arabia, long-time regional adversaries fighting a proxy war in Yemen, which lies at the southern end of the Red Sea.

The United States, embroiled in a dispute with Iran over its nuclear plans, has blamed Iran for attacks on tankers in the Gulf in May and June as well as for attacks on Saudi oil sites in September. Tehran has denied having a role in any of them. Washington has also announced to deploy thousands of additional troops to enhance defence of Saudi Arabia.

In a statement Friday, US Secretary of Defence Mark Esper said he has authorised the deployment of additional forces, including fighter jets, in response to potential threats in the region.–Agencies