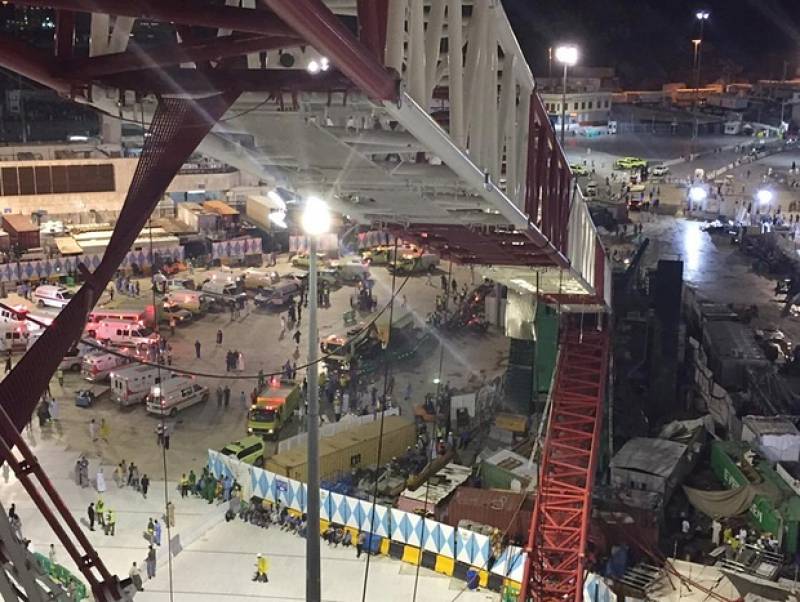 MAKKAH (Web Desk) - Arab TV has claimed that at least 15 Pakistanis are among the martyred pilgrims who died yesterday when a crane crashed in Masjid al Haram, Makkah.

According to Arab TV, 23 Egyptians, one Afghan while one Algerian pilgrim were included along with 6 Malaysian, 25 Iranian, 25 Bangladeshi and 10 Indian pilgrims lost their lives.

However, Pakistani officials are continuously denying the news, saying that only 28 Pakistani pilgrims have been injured in the sad incident.