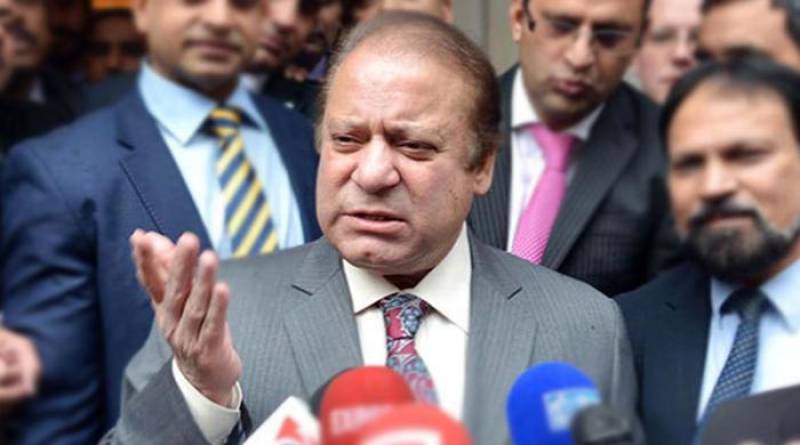 LONDON (Web Desk) - Prime Minister (PM) Nawaz Sharif said the government tolerated the sit-in of 2014 and still continues to do so but warned against taking undue advantage of the government’s tolerance on Wednesday.

Responding a query regarding his London visit, he said, “I am here for my medical checkup. I am serving my nation with all honesty.”

When asked about how he plans to tackle the issue of Panama leaks, he said he had expressed his views on the subject in detail during his televised addressed to the nation.

“I don’t even know what charge I am facing or what wrongdoing I have committed,” he added.

PM Sharif said Pakistan is craving development and this person (Pakistan Tehreek-e-Insaf (PTI) Chairman Imran Khan) should not try to obstruct the country’s march towards progress.

Responding to a question about the possibility of a meeting between him and Pakistan People’s Party (PPP) Co-chairman Asif Ali Zardari, he dispelled the impression that the government is in a spot where it finds itself in need to make such contacts.

“We will not allow anyone to stop the country’s way forward to progress, as Pakistan needs it,” he asserted.

“My being in power is not endeared to me. We just want to see a prosperous Pakistan,” he said.