This 11 year old boy has some real drumming skills 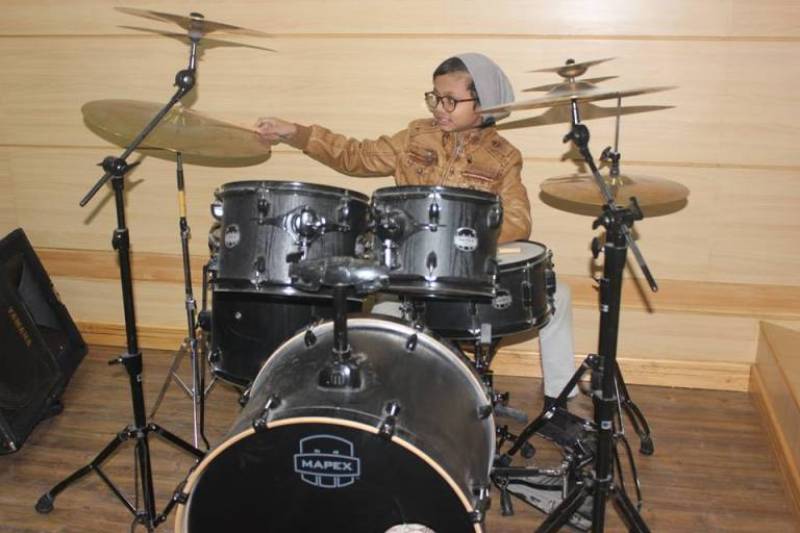 Quetta- There is a lot of talent which goes unnoticed in Pakistan but this 11 year old boy from Quetta will amaze you with his music power. Meet Shear Yashub Imdad who has natural talent for playing drums. He belongs to a Christian family who has proved his love and passion for drumming at such young age. He learned playing drums when he was only four years old which is amazing.

His inspiration is his elder brother who is a musician. His brothers music motivated him to polish his drumming. His brother Asnapher Imdad Chaudhry explained how he used to make melodious sounds by tapping his feet and everything he gets his hands on. He then earned himself a drum kit.

Ever since he got his drum kit Shear practices every single day improving his skills. He has improved so much in last two years that now he can pull off double paddling technique which is the most advanced level drumming. He now accompanies his brother to gigs and concerts on such young age. Shear hopes to continue his passion and becoming a well known drummer.