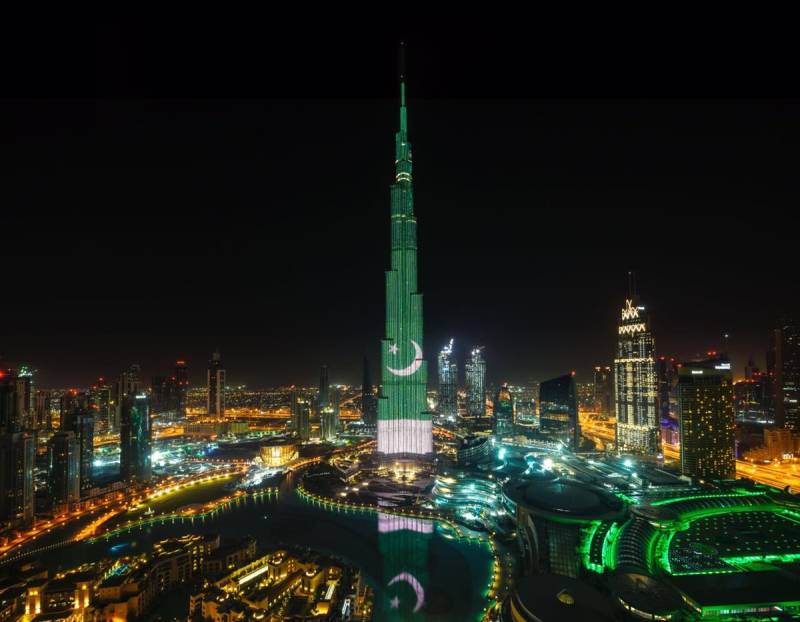 DUBAI - Burj Khalifa, the tallest skyscraper in the world, lit up with the colours of the Pakistani flag on Sunday night to celebrate the 70th Independence anniversary of Pakistan.

The skyscraper celebrated the Independence Day with an eye-catching LED light show.

The light shows attracted large crowds from Pakistani community-based in Dubai and elsewhere in UAE, who were seen humming the Pakistan's national anthem outside the Dubai Mall.

The nation is celebrating the 70th Independence Day, falling on August 14, with great patriotic zeal by renewed pledge to safeguard the motherland against any threat and to work for the country’s prosperity.

Citizens in major cities and far off places have started decorating homes and shops with Green and White buntings, stickers and flags to give the final touches to their preparations for Azadi day.