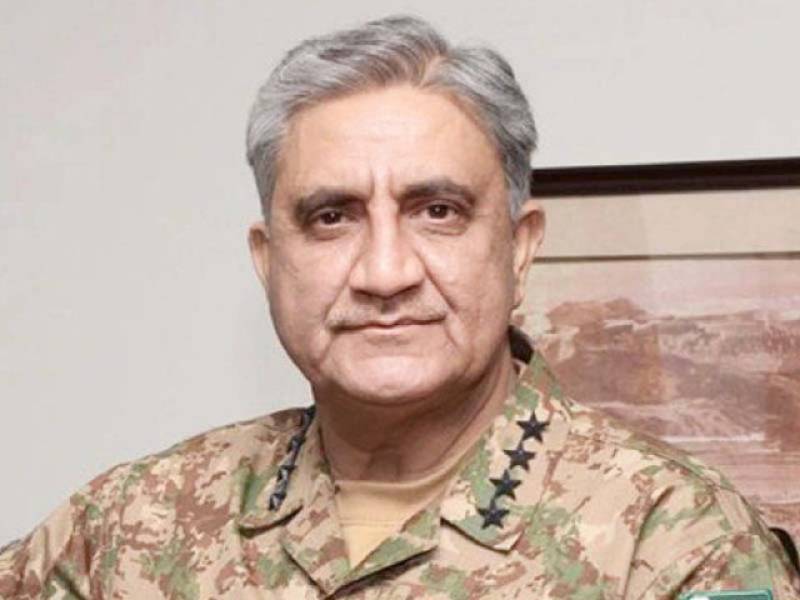 LAHORE - The army chief General Qamar Javed Bajwa hoisted the largest national flag in the history of Pakistan at Wagah Border on the eve of Pakistan's 70th anniversary late on Sunday night and said that though “we made a few mistakes in the past, we are on our way to development following the Constitution.”

DawnNews reported that the flag is the highest one in South Asia and the 8th highest in the world.

The flag was hoisted at a ceremony held to mark Pakistan's 70th anniversary. The hoisting was followed by grand fireworks and an address by Gen Bajwa. "Some 77 years ago, Pakistan resolution was passed in the same city [Lahore]. Pakistan came into being on the night of 27th Ramazan — it was a blessed night," said the army chief.

"Today, the country is progressing on the path of the law and the Constitution. All Institutions are working properly. We will make Pakistan the country of Quaid-e-Azam and Allama Iqbal," he said.

"We have rendered many sacrifices — we will never forget our martyrs. We will execute each and every terrorist in Pakistan. I want to tell our enemies, whether they are in the in east or west, that your bullets will end but not the chests of our jawans."

Acknowledging Pakistan's "internal and external challenges", the COAS said, "I assure you that we will never let you down. Any power that will aim to weaken Pakistan, the Pakistan Army and all other institutions will foil their attempts."