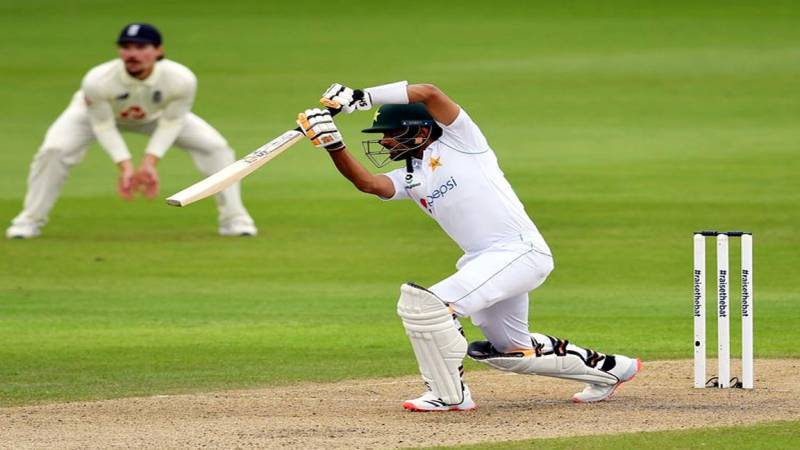 OLD TRAFFORD - On the second day of 2nd Test between Pakistan and England at Old Trafford on Friday Pakistan will resume batting from overnight score 126 for 5 in their first innings.

In the second Test at Southampton on Thursday, when rain forced an early lunch on the first day, Pakistan were 62-1.

Abid was 33 not out and the under-pressure Azhar 20 not out after they had forged an unbroken stand of 56.

Pakistan, 1-0 down in a three-match series after an agonising three-wicket defeat in the first Test at Old Trafford last week, were soon in trouble at 6-1 after Azhar won the toss.

All of England s four quicks enjoyed success, with only Pakistan opener Abid Ali -- dropped twice in the slips -- offering prolonged resistance during an innings of 60.

Alam, a prolific run-scorer in Pakistan domestic cricket, played the last of his three previous Tests, in which he averages over 41, against New Zealand in Dunedin in November 2009.

The 34-year-old was the only change to the side after replacing leg-spinning all-rounder Shadab Khan.

But Alam lasted just five minutes at the crease.