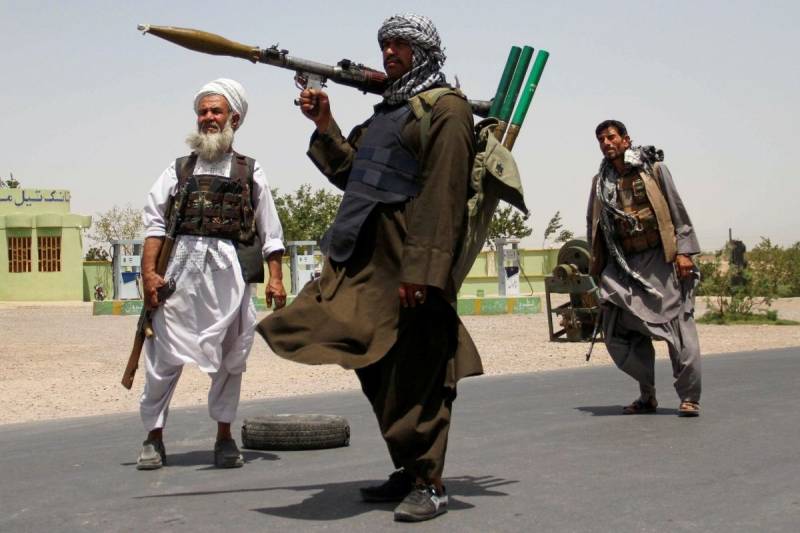 KABUL —A day after the Taliban took control of another key city west of the Afghan capital, Taliban fighters overran Logar province on Friday bringing them near to Kabul.

Logar lies 25 km south of Kabul and serves as an artery for the capital's security. On Thursday, Taliban seized Ghazni, a strategic town 120 km from Kabul.

Taliban spokesman Zabihullah Mujahid told reporters the group was in control of Logar’s provincial capital, Pul-i-Alam, its prison and police headquarters. He said many government soldiers had surrendered to the group.

“The Taliban have taken some key areas in Logar,” a security source from Logar, who was not authorized to talk to the media, said. “There is resistance in some parts, but things do not look good.”

The Taliban’s battlefield victories are heaping pressure on the government, which has lost many provincial centres.

Since Thursday, the Taliban have tightened their grip on Afghanistan and taken over the country’s second and third largest cities — Kandahar in the south and Herat in the west.

“We ask (Taliban) to treat people well, so they have a good feeling and live comfortably by each other’s side,” Khan said in a video shared by the group, adding that he wished fighting would come to an end for Afghanistan's stability.

In the south, the militants have captured Qalat, the capital of Zabul province, and Lashkar Gah, the capital of Helmand province. In the west, they have taken over Ghor province and Badghis province, which borders Turkmenistan.

The Taliban siege of other cities continues, with Mazar-i-Sharif — the fourth largest city and capital of Balkh — and Maimana, the capital of Faryab — remaining under government control.

Their rapid advances have caught many by surprise, with the US and UK rushing to evacuate their citizens.

The world has started questioning the way the US abandoned Afghanistan and simultaneous collapse of the Afghan Army.

"The reality is that after 20 years of [military] training and an expenditure of trillion Dollars, there is no real Afghan army that is able to defend its country," said Fareed Zakaria, renowned American journalist and host of CNN.

Zakaria said the collapse of Afghan forces was going on much faster than predicted. "We thought that the U.S. troops were holding this country together. That wasn't really the case," he said.

The fall of Herat, the latest in a series of major provincial cities to be taken by the Taliban in the past few days, has dealt a shocking blow to the government of President Ashraf Ghani only weeks after the withdrawal of US forces.

One official said Afghan government forces had agreed to withdraw from Herat airport, 15 km (nine miles) from the city, and the Army Corps commander’s headquarters, the last centers under their control. However other sources said Afghan forces were still at the airport as of 1 p.m. local time (0830 GMT).

“The Taliban agreed that they will not pose any threat or harm to the government officials who surrendered,” said provincial council member Ghulam Habib Hashimi.

As fighting subsided, the streets fell silent in Herat, a major economic hub of about 600,000 people close to the border with Iran and over centuries one of the historic centers of Persian culture.

“Families have either left or are hiding in their houses,” said Hashimi, who described Herat as a “ghost town.”

Herat has seen increasingly heavy fighting with popular militia groups serving alongside regular army units as Taliban pressure on the city mounted following the US pull-out.

Khan, the most prominent militia commander and believed to be in his 70s, together with the provincial governor and security officials, were handed over to the Taliban under an agreement, Hashimi said. He had no details of the deal.

Khan’s capture, confirmed by Taliban spokesman Zabiullah Mujahid, provided one of the most potent symbols of the crumbling of resistance in the city.