Bilawal arrives in US for bilateral, multilateral engagements 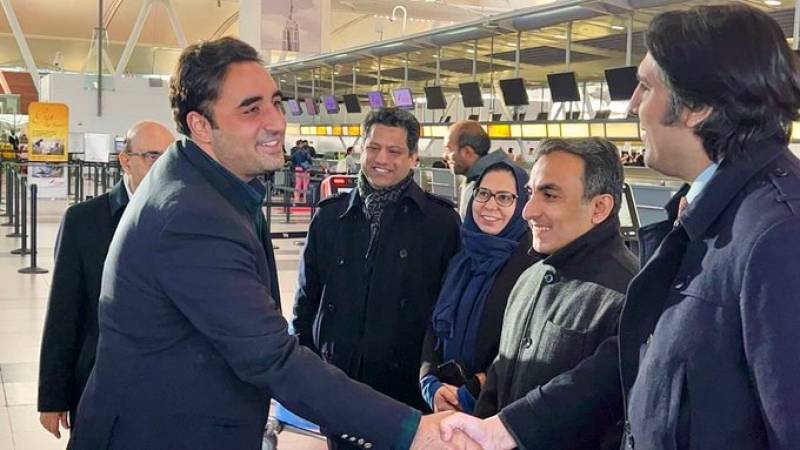 According to Pakistan's Foreign Office, the visit includes bilateral and multilateral engagements in New York and Washington.

Since taking office earlier this year, Bilawal has said he would like to pivot away from a single-issue transactional relationship with the United States as he seeks to repair frayed ties with Washington.

Relations had reached a low during the tenure of former PM Imran Khan who antagonized the United States throughout his tenure.

On December 15-16 in New York, the foreign minister will host and chair the Ministerial Conference of the G-77 and China, the largest negotiating bloc of developing countries within the UN system.

“Agenda of the Conference includes discussion on multiple challenges facing the developing countries in attaining the Sustainable Development Goals (SDGs) in the face of COVID-19 pandemic, climate-induced disasters and geopolitical developments,” the foreign office statement said on Monday.

FM @BBhuttoZardari has arrived in New York where he will preside over meetings of G77+China as the Chair of Group @UN and also meet UNSG @antonioguterres, President of UNGA & other senior officials pic.twitter.com/qrQC7VElvZ

Bilawal will meet UN Secretary General Antonio Guterres and participate in a high-level debate at the UN Security Council on the theme of “Maintenance of International Peace and Security: New Orientation for Reformed Multilateralism” to be held on December 14.

The foreign minister will also travel to Washington DC on December 19 to meet high-level government officials, congressional leaders, Pakistani-American businessmen and community members, and engage with think-tanks and the media.

“During his official meetings, bilateral and regional issues of mutual interest will be discussed to carry forward the momentum in Pakistan-US bilateral relations particularly in areas of trade, investment, climate resilience and economic development,” the foreign office said.

Bilawal will also share Pakistan’s perspective on climate change, and brief his US interlocutors on the damage inflicted by climate-induced floods in Pakistan and the post-flood reconstruction and rehabilitation plan of the government of Pakistan.