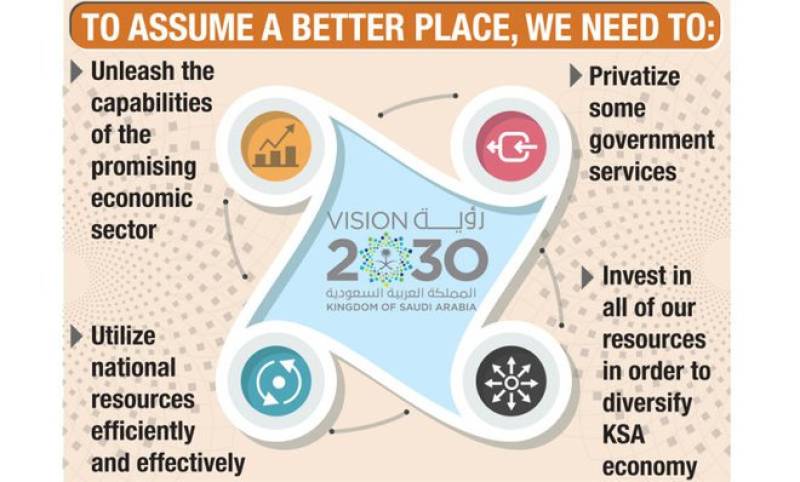 JEDDAH (Web Desk) - Seven governmental agencies in the Kingdom have set down a number of objectives to help Saudia Arabia realize its Vision 2030.

According to local media, some of the government agencies, such as King Abdulaziz City for Science and Technology (KACST) and the Royal Commission for Jubail and Yanbu (RCJY), have about 30 initiatives on the cards under Vision 2030.

In total, the seven agencies will work on 36 strategic objectives under Vision 2030 which will be realized through 110 initiatives.

The goals include the establishment and development of tourist sites and destinations for all age groups, the protection and promotion of national heritage sites, and the organization of tourism festivals.

The Institute of Public Administration (IPA) has been tasked with raising human resource capability and the efficiency of administrative organizations in the Kingdom.

The King Abdullah City for Atomic and Renewable Energy is planning to use atomic energy to contribute to the national energy mix and construct the country's first nuclear power plant.