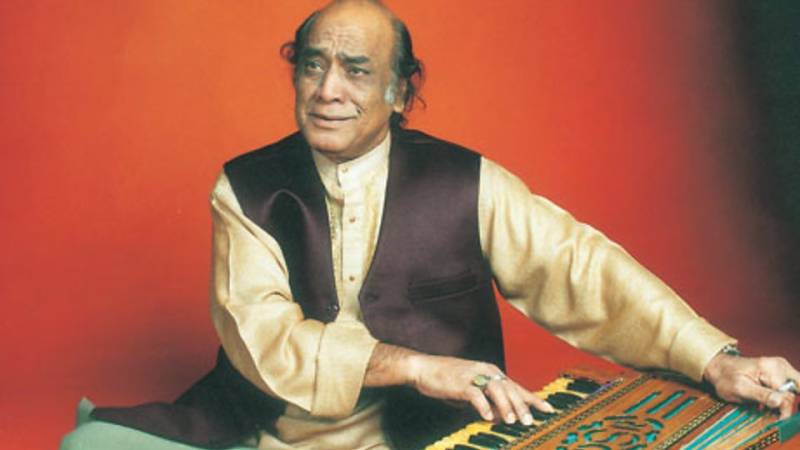 Blessed with a voice that was a unique combination of steel, silk and stealth, it was within the ghazal that Mehdi Hassan scaled the most sublime of heights

Mehdi Hassan was the scion of a kalawant family stretching back 16 generations. His father and uncles sang for nawabs and maharajas across northern and central India, from Jaipur to Indore, and even Nepal. As a young lad Mehdi was not only immersed in the rarefied cultural atmosphere of these royal courts but was exposed to other non-musical aspects of life which came in handy in later years.

He was identified at the age of six as having what it takes to carry on the family tradition. To develop his lung capacity, he was inducted into a formal and intensive training regime, which encompassed wrestling and running as well as drinking cups of pure desi ghee.  Years later, in interviews he lamented that modern singers knew nothing of the hardships or discipline that singers of his generation endured, implying, at the same time, their inferiority as artists.

At the time of Partition, Mehdi and his father found themselves performing in some royal courts in what had suddenly become Pakistani territory.  Unable for a number of reasons to return to India, and cut off from their patronage networks, Mehdi was essentially abandoned to his fate. “Chaos was everywhere. Masses of people were moving from one side of the country to the other,” he told an interviewer. “I was left to fight with reality.”  Recalling the luxury motorcars of the maharajas in the princely states he turned to another childhood passion, mechanical tinkering, to make ends meet.

He was travelling to the radio station in Karachi by taxi, having tuned his sur mandal in bhoop ( mohanam) at his home. When he reached the radio station, one of the strings, the dhaivat (dha), had loosened a bit. As he strummed the sur mandal the newly arranged string of notes started appealing to him. He decided not to change it, and let it be — ab ke hum bichde in this new melody was instantly born.

With just Rs 10 he set himself up near Faisalabad as a mechanic repairing cycles and motorcycles. For the next several years, the majestic voice lay unheard as he made his living servicing engines and tractors across the towns of Punjab until he landed finally in the princely state of Bahawalpur.  Though it was his hands that earned his bread, all the while he rose each day at 3am before the first namaz to exercise, and practice his singing, unable, he confessed, to break the habits his father had instilled in him.

Indian Carnatic violinist, vocalist and composer, Lalgudi Jayaraman spent hours listening to his music in a concert in London. He said the music spoke to him in a language he could hear, he could feel. The ghazal “ ab ke hum bichde…” inspired him to create a beautiful tillana.

In 1949 with a well-established mechanic business in Bahawalpur, Hassan took his first trip to Lahore,  “to check out the music scene, radio, films and the like”. Although he immediately fit into the musicians’ colony in Chunna Mandi in Lahore’s old city, in the wake of Partition the city’s film and radio industry was still non-functional and presented him with no opportunity to pursue music full time.  Disappointed, he left Lahore for Sargodha where he entered into yet another business relationship with an acquaintance he’d made in Lahore. 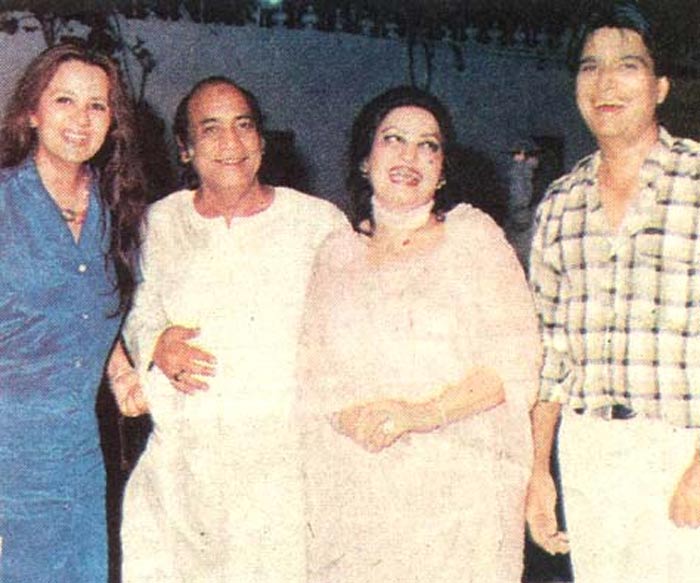 "Khuda ke waastay gaari rok dijiye, yeh kaun gaa raha hai... mujhe iske paas le chalo," begged Madam Noor Jehan when "Yeh dhuaan kahan se uth-ta hai" in the heart-touching and honeyed voice hit her ears at night in Gulberg while she was out on a long drive with her husband. Noor Jehan recalled this incident during a live concert and shared how Hassan was introduced to her.

After some months, as a guest at a friend’s wedding, Hassan sang an Indian film song without any accompaniment.  As fortune planned for him, Rafiq Anwar, a film director, who was also at the function, was so impressed he handed Hassan Rs 1,000 and said, “I want you to sing all the songs in my next film.”  This fateful interchange gave Hassan sufficient confidence to leave his business enterprises behind for good.  “At last, my real profession is ready for me,” he told his partner, on the eve of his departure to Karachi to join Rafiq Anwar.  Several months later Hassan had recorded his first ghazals, for the film Shikaar and the world was introduced to the Voice.

Following are other great hits of the King of Ghazal: