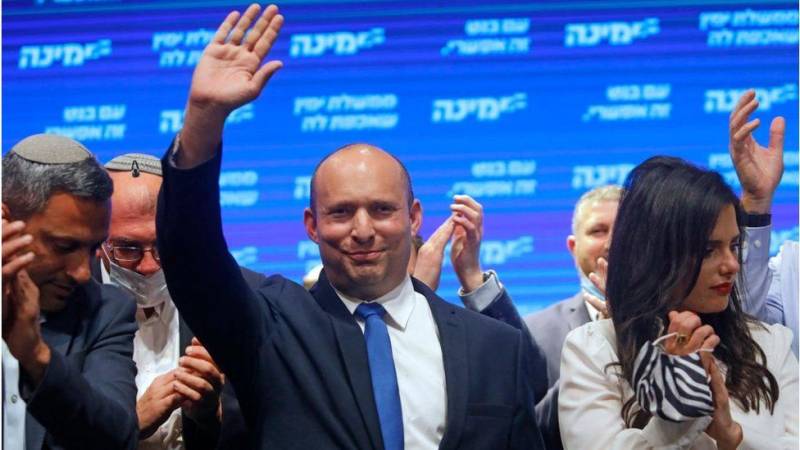 Jewish nationalist Naftali Bennett brought to an end the 12-year rule of Benjamin Netanyahu as Israel’s prime minister on Sunday and the parliament approved a new “government of change”, an improbable scenario a few Israelis could have imagined.

But the 60-59 vote of confidence in a coalition of left-wing, centrist, right-wing and Arab parties with little in common except for a desire to unseat Netanyahu, only underscored its likely fragility.

Addressing the parliament before Bennett was sworn in, a combative Netanyahu said: "If we are destined to go into the opposition, we will do so with our heads held high until we can topple it."

That will happen, 71-year-old Netanyahu added, "sooner than people think".

The new government, formed after an inconclusive March 23 election, largely plans to avoid sweeping moves on hot-button international issues such as policy toward the Palestinians, and to focus instead on domestic reforms.

Palestinians were unmoved by the change of administration, predicting that Bennett, a former defence chief who advocates annexing parts of the occupied West Bank, would pursue the same right-wing agenda as Likud party leader Netanyahu.

Israel's longest-serving leader, Netanyahu was prime minister since 2009, after a first term from 1996 to 1999.

But he was weakened by his repeated failure to clinch victory in four elections over the past two years, including a vote in March, and by an ongoing corruption trial, in which he has denied any wrongdoing.

Under the coalition deal, Bennett, a 49-year-old Orthodox Jew and high-tech millionaire, will be replaced as prime minister by centrist Yair Lapid, 57, a popular former television host, in 2023.

With his far-right Yamina party winning only six of parliament's 120 seats in the last election, Bennett's ascension to the premiership as the head of a kaleidoscope of parties was a political jaw-dropper.