US dollar continues to gain against Pakistani rupee, touches 193 mark 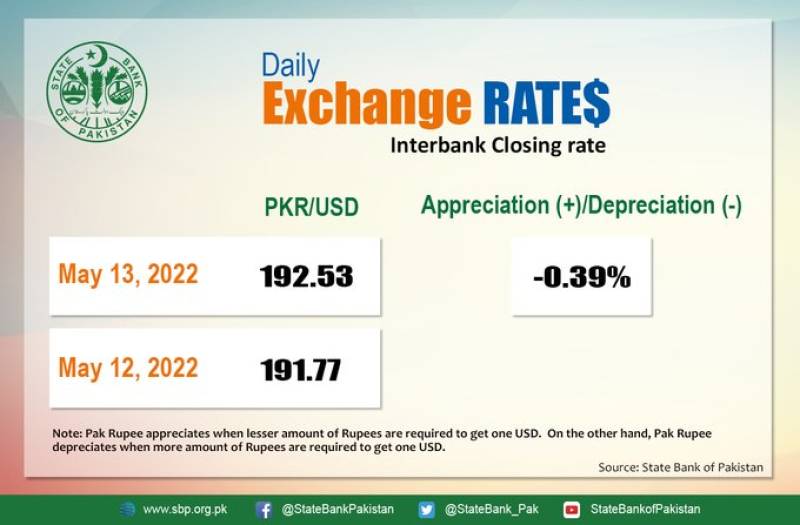 KARACHI – Amid the prevailing political and economic uncertainty in the country, the Pakistani rupee on Friday fell by nearly Re1 against the US dollar in the interbank market.

The development came on the back of uncertainty over resumption of the International Monetary Fund's (IMF) loan programme and shrinking foreign exchange reserves.

The slide of the local unit was weighed down by a surging trade deficit, dwindling foreign exchange reserves — that dropped to their lowest level since December 2019 — and a delay in the release of the IMF tranche.

The political crisis in Pakistan after removal of the Pakistan Tehreek-e-Insaf (PTI) government has made it difficult for the new government of Prime Minister Shehbaz Sharif to tackle the economic situation.

Khan has announced marching on Islamabad with millions of his supporters after May 20 to demand new elections. This will add to the troubles of the economically-challenged PML-N led regime.