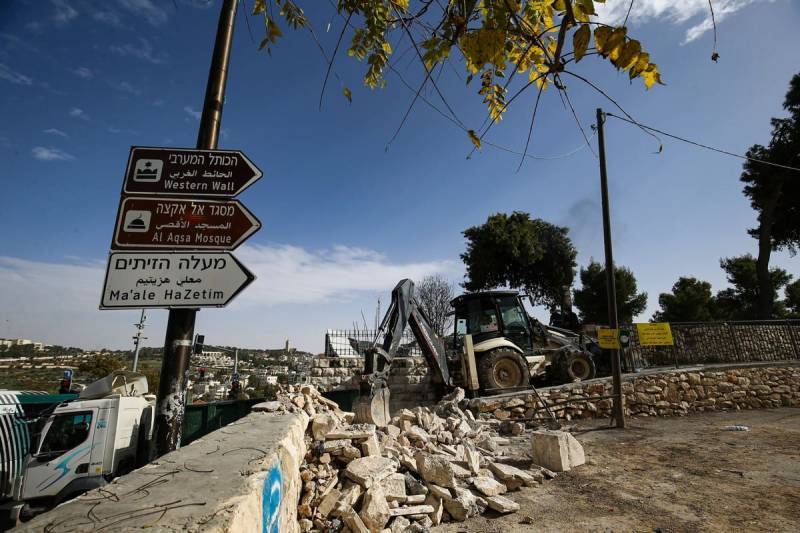 The Israeli occupation's Jerusalem Municipality has demolished one of the oldest Muslim graveyards in the occupied holy city.

The head of the Committee for the Preservation of Islamic Cemeteries in Jerusalem, Mustafa Abu Zahra, said the Jerusalem Municipality's teams, accompanied by a bulldozer, destroyed a grave from the Al Yousifieh Cemetery, and scattered the bones.

He added that among the graves demolished were those of Muslims who were martyred in the conflicts between 1948 and 1967, and that Israel will face legal action in response to the municipality's actions.

Palestinians who were present in the area blocked the bulldozer from destroying the graves further and forced it out of the area.

Abu Zahra called on all Jerusalemites to "unite in order to protect Jerusalem's landmarks from the Israeli occupation's oppression".

The cemetery, located next to the wall surrounding the Old City, is one of the oldest Muslim graveyards in occupied Jerusalem and is about 4,000 square metres.

The demolition is part of the Israeli occupation authorities' plan to build a "Biblical garden path" inside the cemetery which contains the Tomb of the Unknown Soldier, as well as many ancient and modern graves.

It's a step that has angered many residents of East Jerusalem who have loved ones buried in that cemetery.