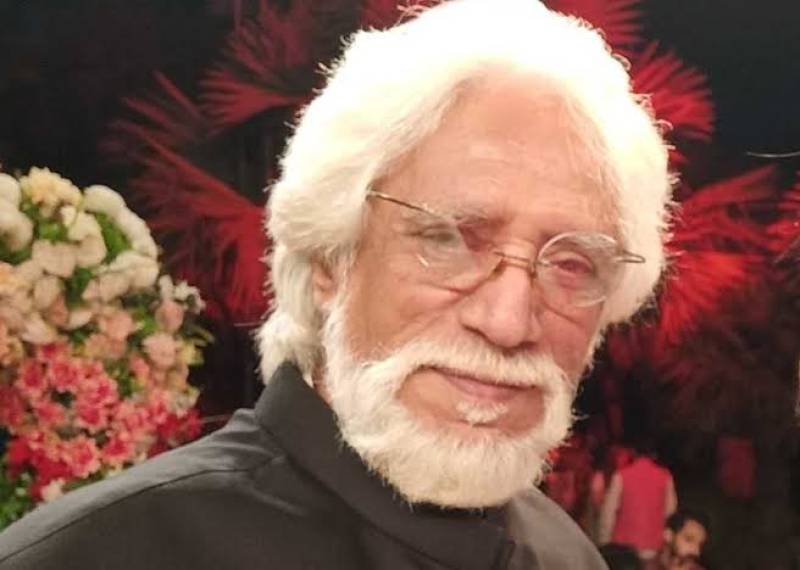 Veteran Pakistani actor Rashid Mahmood is disgruntled over the the level of respect meted out to him by Pakistan Television (PTV) .He recently took to social media to bash the channel for paying him an inequitable amount for his work.

Mehmood took to Twitter to share a picture of the paycheck of Rs.620 given to him by PTV and said that he was baffled by the insignificant amount of pay he received, especially since he is the Pride of Performance Award holder.

Hi. I Received this Cheque from PTV
And i can't understand.
Total amount 620/-
Pride of Performance Fee. 500/-
Payment of my Work. 120/- only.
What are the criterias of paying a pride of performance winner in this country and who spend 50 years of life in PTV. #Ptv pic.twitter.com/Id1yPo1bGo

"Hi. I received this Cheque from PTV and I can't understand. Total amount of Rs 620. Pride of Performance Fee. Rs 500. Payment of my work, Rs 120/- only. What is the criteria of paying a pride of performance winner in this country and who spend 50 years of life in PTV?" he said.

Later, in a video that circulated, Mahmood explained how the channel had invited him to recite a marsiya two years ago in Muharram. "For the past two years, I hadn't really received any work opportunities from PTV. If all work was put on hold then it's fine if I too wasn't receiving any opportunities. During Muharram, Pakistan Television Lahore commissioned me to recite Mir Anees's marsiya. I recorded it and it aired on the 9th and 10th Muharram multiple times. After two years the cheque I received, was Rs 620," he said.

Mahmood also stated that he feels humiliated by PTV's disrespectful attitude and vowed to never work for them again. " In this Naya Pakistan, will my mother institute insult me and give me this sort of attitude? There are people who take Rs 1.5 to 2.5 million who's worthiness in the showbiz industry is questionable. Today I announce that I will never work for PTV," he said.