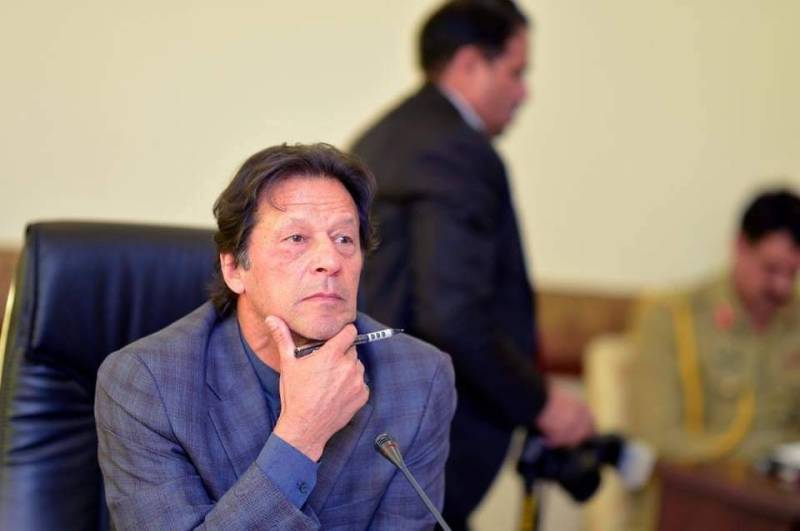 PESHAWAR - Prime Minister, Imran Khan said on Friday that Pakistan has arranged the US-Taliban talks scheduled on Monday, reiterating a non-military solution to the conflict in war-battered Afghanistan.

Addressing the lawmakers of KP assembly at 100 days performance ceremony, the premier expressed that if peace is achieved in neighbouring Afghanistan, Peshawar would be the centre of trade and tourism in future.

The premier observed that the US request for Pakistan’s cooperation for peace process endorsed his stance on the Afghan conflict.

The prime minister told the legislators that in the past Pakistan had been taking dictation from the US to do more in the war on terror.

ISLAMABAD - Prime Minister Imran Khan on Monday disclosed that he had received a letter from US President Donald Trump ...

"Now it is asking us to facilitate talks with the Afghan Taliban," he noted.

PM Khan said he had always pleaded the world that Afghanistan issues could not be resolved without dialogued adding that he was branded Taliban Khan as well.

The prime minister disclosed that the US and Afghan Taliban talks are scheduled for 17th of this month with the efforts of Pakistan.

Let it be known that US President Donald Trump had also enlisted the support of Islamabad for the peace talks. Washington also sent Zalmay Khalilzad to Islamabad who called on prime minister and military chief General Qamar Javed Bajwa last week.

Pakistan's Foreign Minister Shah Mehmood Qureshi had also assured full support for the peace process during his meeting with Khalilzad - US Special Representative for Afghanistan Reconciliation.

According to Foreign Office spokesman, Dr Mohammad Faisal, peace and political settlement in Afghanistan were discussed during the meeting; Pakistan’s Foreign Office also clarified that no conditions were placed during Khalilzad’s recent visit to Pakistan.

The core commanders conference on Thursday also announced to support all the stakeholders for Afghan reconciliation.

“The forum highlighted the importance of regional approach to eliminate roots of terrorism and attached hopes for the success of ongoing Afghan reconciliation process,” said a statement by the media's military wing.