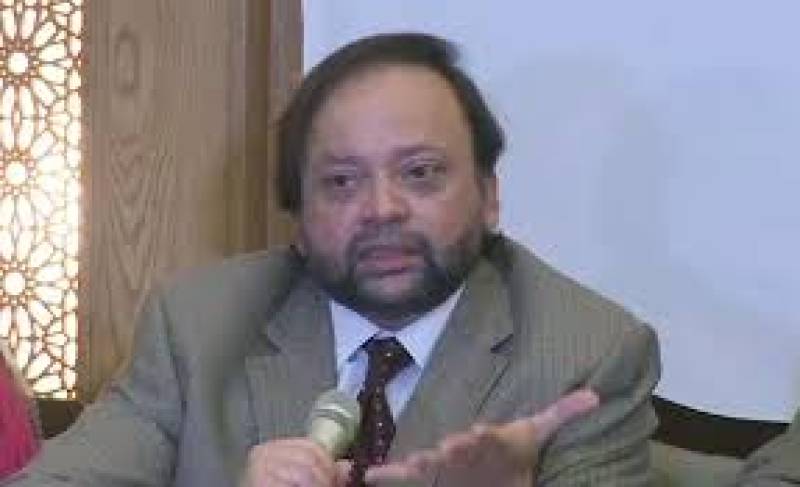 Talking to Pakistani media outside the Avenfield House, Dr Adnan said that medical reports and investigations sought by the government were submitted early on Tuesday morning to Punjab Health Minister Prof Yasmin Rashid and other government officials, Geo News reported.

His response comes after Rashid in her Tuesday afternoon press conference said that the government had not received latest medical reports to consider about the extension in Nawaz Sharif’s stay abroad for treatment.

The press conference was held after a picture of Nawaz Sharif with his family having a dinner at a restaurant in London went viral, adding to the suspicions of the PTI minister over his health condition.

Responding to the reservations about ex-premier’s photo at a café, Dr Adnan said: "Mr Sharif has been recommended by the doctors to go out for short walks at least twice a day. He went out with his family on their insistence and as per medical advice but sadly the issue is being politicised".

Former PM #NawazSharif’s LATEST medical report along with copies of Rubidium Cardiac PET-CT Scan, Echocardiogram & Holter Analysis were submitted this morning at 06:37 AM London, UK (GMT) to the Government authorities & sent directly to the concerned Minister & officials as well. pic.twitter.com/iMOPY9IeY2

The personal physician of Sharif also shared the latest reports and their summary on his Twitter handle, showing the former three time prime minister is suffering from an acute cardiac disease.

The medical reports, which were issued by Royal Brompton Hospital, show heart is at risk of another heart attack or an adverse cardiac event.

Both the Royal Brompton and Dr David Lawrence have recommended urgent heart intervention, but the ex-PM cannot undergo the invasive procedure unless he is cleared by the haematologists for it.

Dr David Lawrence writes in the summary: "The impression is of compromised heart blood supply and functionality particularly in the circumflex territory. I recommend that Mr Sharif undergo coronary angiography at the earliest as there is a significant part of his heart at risk. I would strongly recommend urgent coronary intervention. Failure to do this could compromise his myocardium, his cardiac health, and his wellbeing."

He adds: "The Guy's and St Thomas' haematology experts are managing his unstable platelet count to make him safe for an invasive procedure including lymph node biopsy. The significant carotid artery disease further makes the issue complex and is managed simultaneously on aggressive medical therapy pending an intervention."