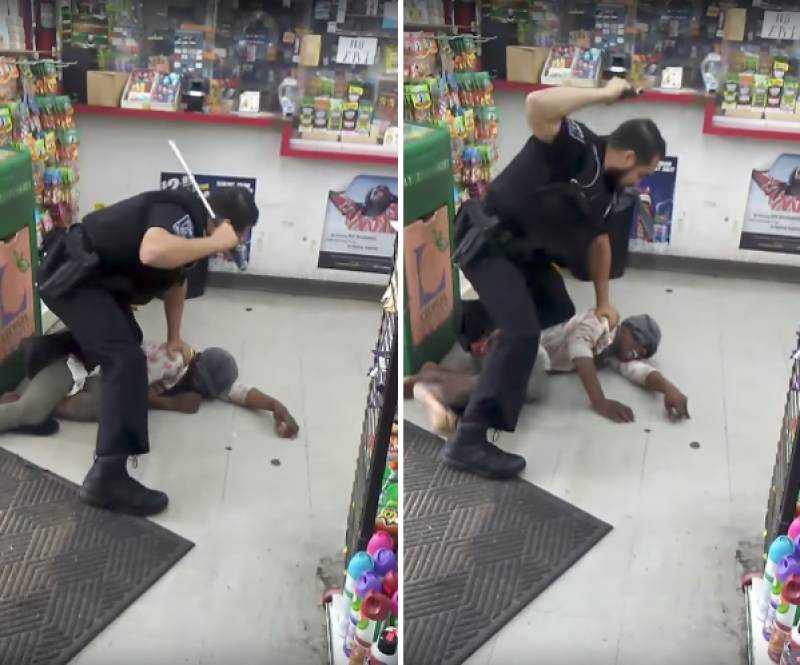 GEORGIA - A cellphone video that shows a police officer in Georgia repeatedly striking a homeless woman with his baton has reopened an investigation into the woman’s arrest last month.

The nearly two-minute-long video, recorded on June 4, shows the DeKalb County officer beating the woman and threatening to shoot her as she struggles on the ground of a convenience store.

Though police reported that the woman was unarmed, she was at times seen using her legs to try to kick the officer. There’s at least one moment when she doesn’t appear to move at all before she’s repeatedly hit.

Dekalb County police spokeswoman Shiera Campbell said the renewed investigation is in response to the video appearing on social media over the weekend.

At one point, the officer is seen using the stick to press the back of McCrary’s neck down to the ground.