At UN, Iran denies US claims of its involvement in tanker attacks 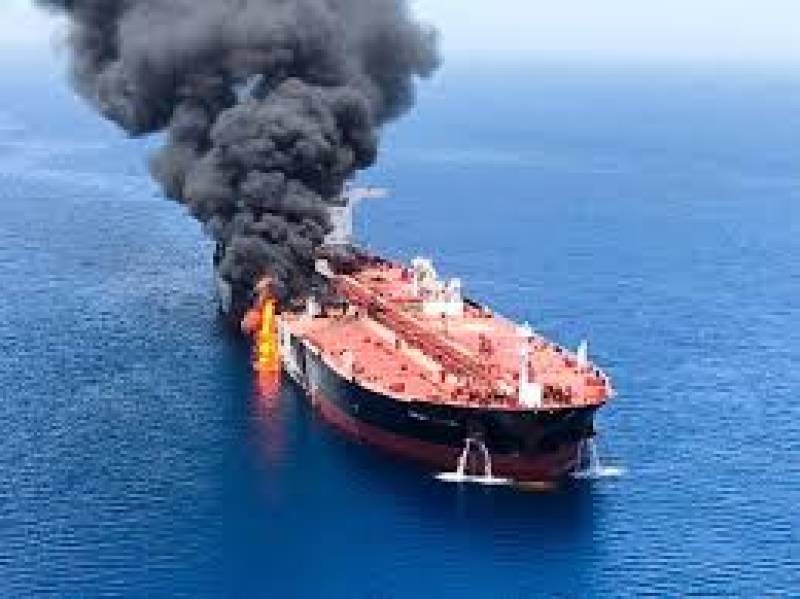 UNITED NATIONS - The Iranian Mission to the United Nations strongly rejected US claims that Iran was responsible for the attacks on two oil tankers near the strategically important Strait of Hormuz, calling them part of “another Iranophobic campaign” of disinformation.

The mission said in a statement that it was US sanctions and its military buildup in the Persian Gulf that was "the most significant threat to peace and security" in the region.

“The US and its regional allies must stop warmongering and put an end to mischievous plots as well as false flag operations in the region,” the Iranian statement said.

DUBAI - Suspected attacks left two tankers in flames in the waters of the Gulf of Oman Thursday, sending world oil ...

Earlier, the United States called on the UN Security Council to confront a "clear threat" posed by Tehran, after US Secretary of State Mike Pompeo in Washington accused Iran of being behind the attacks.

The 15-member council met behind closed doors to hear US acting Ambassador Jonathan Cohen present a briefing on Washington's assessment that Iran was responsible for the suspected attack on two tankers in the strategic sea lane.

The attacks, which came a month after a similar incident targeting four tankers off the coast of the United Arab Emirates, "demonstrate the clear threat that Iran poses to international peace and security," Cohen said.

"I've asked the Security Council to remain seized of the matter and I expect that we will have further conversations about it and how to respond in the days ahead," he added.

Brushing aside US allegations, Iran's Deputy Ambassador to the UN Eshagh Al Habib told reporters, "Definitely, those that accuse Iran have the main role in creating those incidents and it could be the United States itself."

The Iranian envoy also said there are two specific nations that "are looking for more tensions" in the Persian Gulf region and that the United States is a staunch backer of them. He did not name those countries.

He said the attacks on the two tankers, including one operated by a Tokyo-based company, took place as Japan's Prime Minister Shinzo Abe and Iran's Supreme Leader Ayatollah Ali Khamenei were meeting. Abe was making a two-day visit to the country, marking the first time since 1978 that a Japanese prime minister had done so.

"This incident happened at the same, exactly at the same time that the prime minister of Japan was in Iran and meeting our leaders, and it shows that these are orders that are behind this incident, and the previous one," Habib said.

He was referring to a May 12 incident in the Gulf of Oman when four commercial ships were damaged. He described Abe's visit, in which the Japanese leader hoped to broker dialogue between Washington and Tehran amid escalating tensions in the Middle East, as a "very successful one," despite Iran saying Thursday it will not negotiate with the United States.

"I note with deep concern this morning's security incident in the Strait of Hormuz. I strongly condemn any attack against civilian vessels," he told a UN Security Council meeting on cooperation between the United Nations and the League of Arab States.

"Facts must be established, and responsibilities clarified," he said, adding, "If there is something the world cannot afford, it is a major confrontation in the Gulf region."

During the same meeting, Cohen, the acting US ambassador, decried the attacks as an "unacceptable" act.

"It's unacceptable for any party to attack commercial shipping and today's attacks on ships in the Gulf of Oman raise very serious concerns," he said.

"The US government is providing assistance and will continue to assess the situation," Cohen added.

Although no statement was issued by the closed meeting of the Security Council, there was a common condemnation of the incident by all its 15 members, according to Kuwait's Ambassador Mansour Al-Otaibi, who is the rotating president of the month.

The "whole council members condemned what happened," he said, while stressing that he was not speaking as council president but in his national capacity.

The council would like to see an independent investigation carried out to better determine who was behind the attack, he said, although it was unclear who would lead such an investigation.