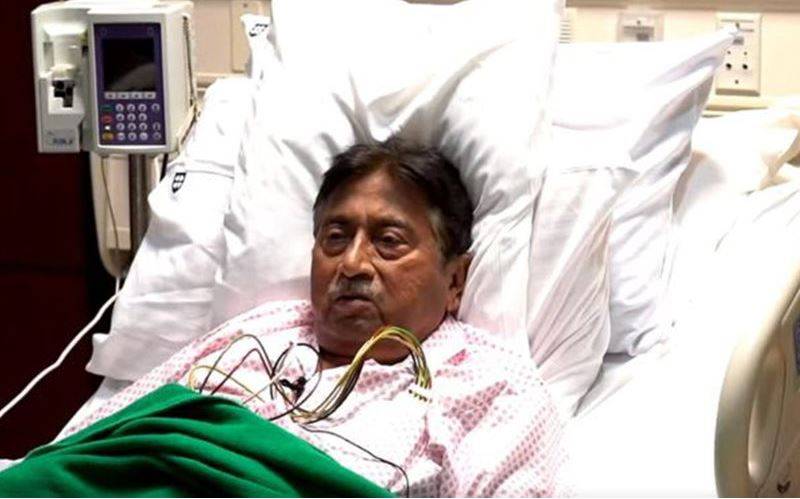 Musharraf, who has been living in Dubai since 2106, is in a critical medical condition.

Speaking to a TV channel on Tuesday, the chief military spokesperson said that family of the former president had been approached and the final decision on his return would be made by his family and doctors.

"General Pervez Musharraf's health is very bad. In such a situation, the leadership of the institution is of the view that he should be brought back to Pakistan. But this decision will be made by his family and doctors," the ISPR DG said.

He added that arrangements for his return would be made after his family’s response.

Musharraf’s family last Friday denied reports of his demise, saying the former chief executive was not on the ventilator but added that his recovery was “not possible”.

“He has been hospitalised for the last 3 weeks due to a complication of his ailment (Amyloidosis). Going through a difficult stage where recovery is not possible and organs are malfunctioning. Pray for ease in his daily living," the family said in a statement through Musharraf's official Twitter account.

There were reports that the former military ruler had expressed his desire to spend the rest of his life in Pakistan.

His close associates have approached the 'powerful quarters' and government officials to remove any obstacle in the way of his return to the country.

Defence Minister Khawaja Asif said last week there should be no obstacle in former president Musharraf's return to Pakistan in view of his illness.

He also prayed for his health so that he could live his remaining life with dignity.