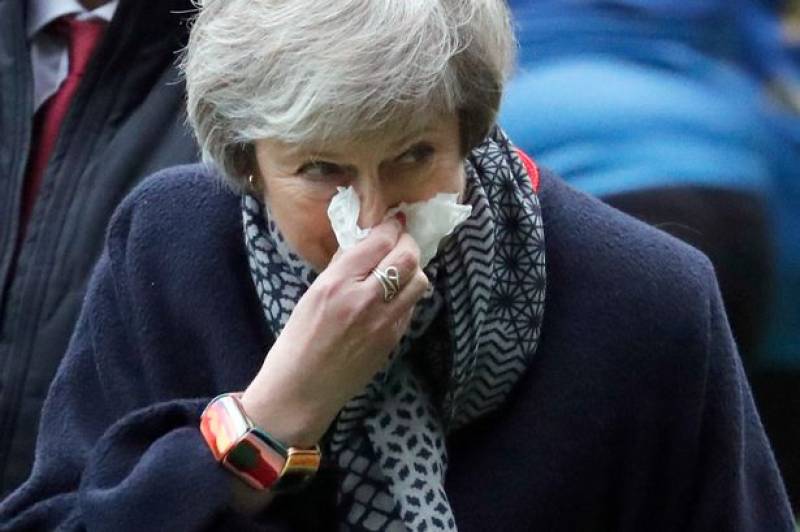 LONDON - The United Kingdom seems to be passing through one of the roughest patches in its history as the Brexit process seems to be taking new turns every other day.

On Thursday, the House of Commons voted in favor of delaying the departure of the UK from the European Union; MPS voted by 412 to 202 for Prime Minister Theresa May to ask the EU for a delay.

The development indicates that the UK may not now leave on 29 March as previously planned and May will request the extension of Article 50, thereby delaying Brexit.

Mrs May said Brexit could be delayed by three months, to 30 June, if lawmakers support her withdrawal deal in a vote next week. If they reject the deal again then May is of the opinion that she will seek a longer extension, however, any delay has to be agreed by the 27 other EU member states which in itself seems a daunting task.

An EU Commission Spokesperson has reiterated that any delay to the Brexit process must be approved by all 27 member states.

"We take note of tonight’s votes. A request for an extension of Article 50 requires the unanimous agreement of all 27 Member States. It will be for the European Council (Article 50) to consider such a request, giving priority to the need to ensure the functioning of the EU institutions and taking into account the reasons for and duration of a possible extension. President Juncker is in constant contact with all leaders," said a statement.

LONDON - British MPs voted to reject the UK leaving the European Union without a withdrawal agreement under any ...

MPs earlier rejected an attempt to secure another Brexit referendum by 334 votes to 85.

Opposition leader Jeremy Corbyn has told parliament that the party still supports a public vote for another referendum, though he advised his MPs to abstain from voting on the second referendum amendment.

"I reiterate our support on a public vote -- not as a politically point-scoring, but as a realistic option to break the deadlock," Corbyn told the House of Commons.

For now, Theresa May might have a sound sleep, however, she would be hedging the bets to seek the extension at a European Council summit in Brussels next Thursday.

Amid political chaos, that seems unending for now, London Mayor, Sadiq Khan has also called for giving a 'final say' on Brexit.

Whilst Parliament has voted to make it less likely that we will crash out with no deal, the ongoing chaos shows exactly why we need to stop the clock, revoke Article 50 and with Parliament in gridlock - give the public the final say on Brexit. https://t.co/iiP8HDNSMW

Nearly 52 percent of Brits voted in favor of quitting the 28-member EU during a June 2016 referendum with a 72 percent turnout, however, calls have been made for another referendum.